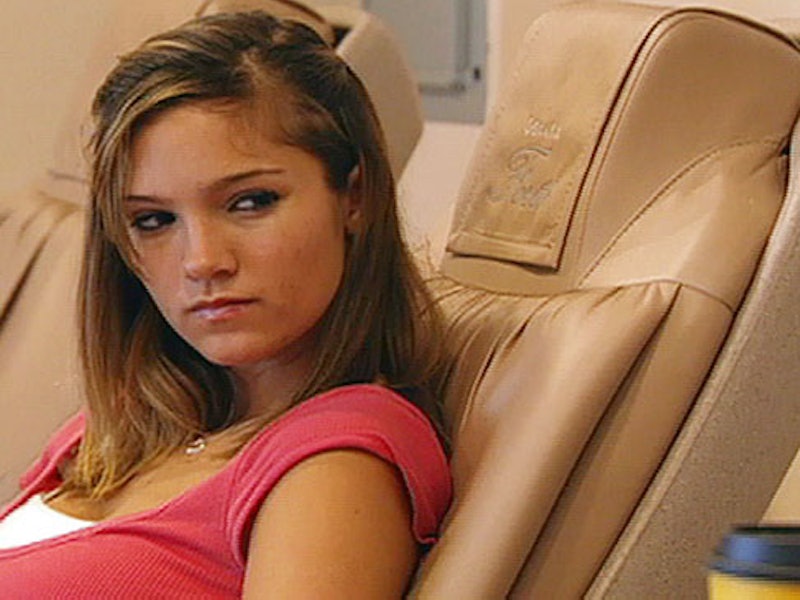 I know you miss the cast of gloriously basic Hollister-clad teens from Laguna Beach just as much as I do, so let's check up on one of the show's more obscure cast members. Remember Jessica, Kristin Cavallari's friend from Laguna Beach Season 1, and bonafide Season 2 cast member? What is Jessica from Laguna Beach up to now? Is she making a play at becoming the next Martha Stewart like her former co-stars?

As it turns out, the life of a reality TV star wasn't for her in the long run. After her season of Laguna wrapped in 2005, Jessica Evans (neé Smith) kept away from the entertainment industry. From the looks of her IMDb page, she hasn't been involved in any acting projects, reality TV or otherwise, since the hit MTV show. After graduating high school in 2005, she attended Saddleback Community College, according to Wetpaint, and in 2007, Evans had a very public run-in with the law. She was arrested for a DUI, after reportedly rear-ending a car on a California freeway. Her bail was set at a whopping $100,000 before she was ultimately released. YEESH!

But don't fret, folks. 2007 was basically a lifetime ago, and things have really changed for Jessica since then. Like so many of her Laguna contemporaries, Evans has settled down into married life. She wed her boyfriend Michael Evans back in 2009. According to Gossip Mama, Evans had her first child, a little boy named Michael, in 2010. Two years later, she had a baby girl. It looks like Evans had another child, Colton, earlier this year. Ergo, Evans currently has three children under the age of four, all two years apart.

YEP! The babies from Laguna Beach now have babies. Last we heard of Jessica, she was a high school girl getting in high school feuds on reality TV. Now, she's 27 and has created three human beings. It looks she doesn't even live in California anymore. At least from the clues on her Twitter page, it would appear that she's moved to Texas. Perish the thought!

Other than settling into her new Texan digs, she's apparently learning to make key lime pie...

Not to mention, she's taking as many pictures of her children as she can.

SO many kid pics!

These are the kinds of pictures we're gonna start seeing more and more through the years, guys. It's time to prepare ourselves.

Well, we can say that Jessica has certainly grown up from the mid-aughts. At least we'll always have the DVD box set of Laguna to re-live those days in the real Orange County.