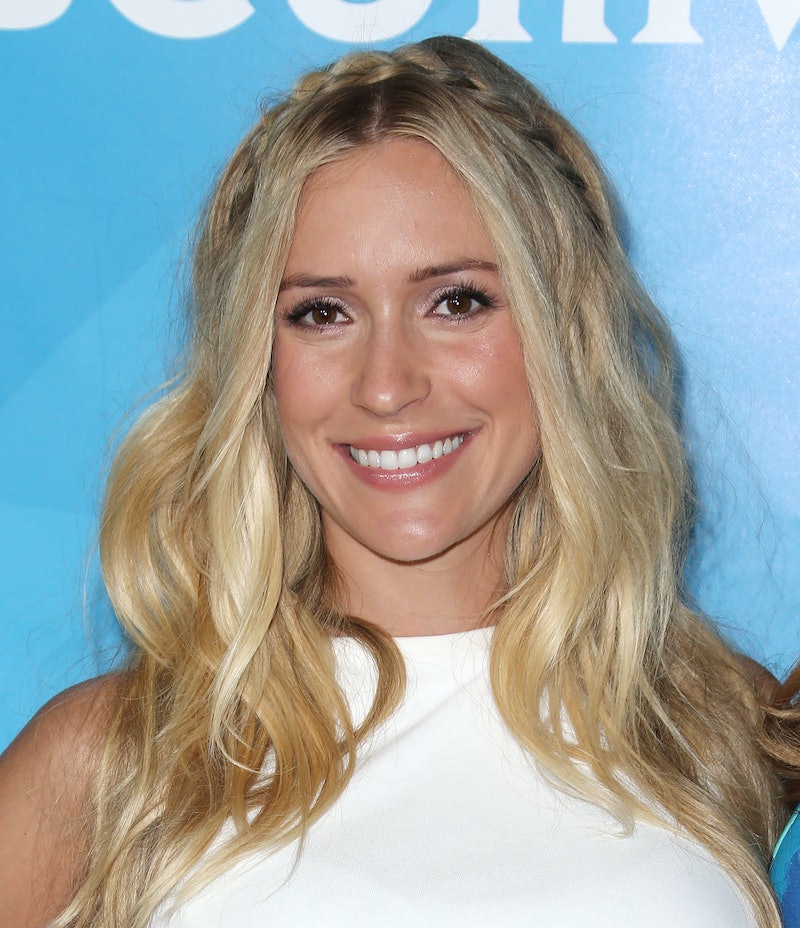 Look out, Gwyneth Paltrow — hold on tightly to your GOOP. There exists a group of extremely ambitious former reality starlets who have eagerly joined the race to knock Martha Stewart from her much-coveted lifestyle expert throne. They all came from The Hills, and judging by the accomplishments they've made since leaving reality TV for greener, more famous pastures, Lauren Conrad, Lo Bosworth, Whitney Port and now, Kristin Cavallari have basically morphed into mini-Martha Stewarts. The latest to make a significant move towards the Martha Stewart takedown is Cavallari, who showed off her cooking skills for Oprah!

Well, not Oprah herself but the 27-year-old wife and mother of two will appear on an episode of Oprah's Where Are They Now? and by the looks of it, she can prepare a mean brussel sprout holiday dish. The former Laguna Beach bad girl said that her love for cooking developed when she grew bored during her downtime. At first, I was ready to turn my nose up (I prefer to eat my boredom away), then it dawned on me that this appearance will likely yield Cavallari some sort of cookbook deal or cooking show venture. Smart move, Kristin.

Since Martha Stewart's Apprentice is no longer around to put these ladies to the ultimate lifestyle test, allow me to rank their mini-Marthaness on a scale of 1-10.

With a line of jewelry called Emeral Duv and a Chinese Laundry shoe collection, Cavallari's come a long way from those drama-filled days on Laguna Beach and The Hills. Now that we know she can throw down in the kitchen, she's earned herself a modest position on the mini-Martha Stewart scale.

When Port isn't busy judging would-be models on reality TV, she's designing and selling clothing and accessories over at WhitneyEve.com. Like her fellow Hills companions, she's also an author, but has yet to venture into the culinary world.Mini-Martha ranking: 5

She might not come off as the boasting type, but Bosworth certainly had a lot to brag about at Laguna Beach's 10-year high school reunion. Since graduation, LC's best bud became a chef and even offers beauty and style advice on her lifestyle blog, The Lo Down .

Obviously, it's Lauren Conrad for the win. LC's the author of best-selling books, people cannot stop obsessing over her ever-evolving hairstyles, she has a clothing line, posts recipes on her website and even designed a line of bridesmaid dresses in the middle of wedding planning. Conrad has a hand in basically everything you need to survive in life.