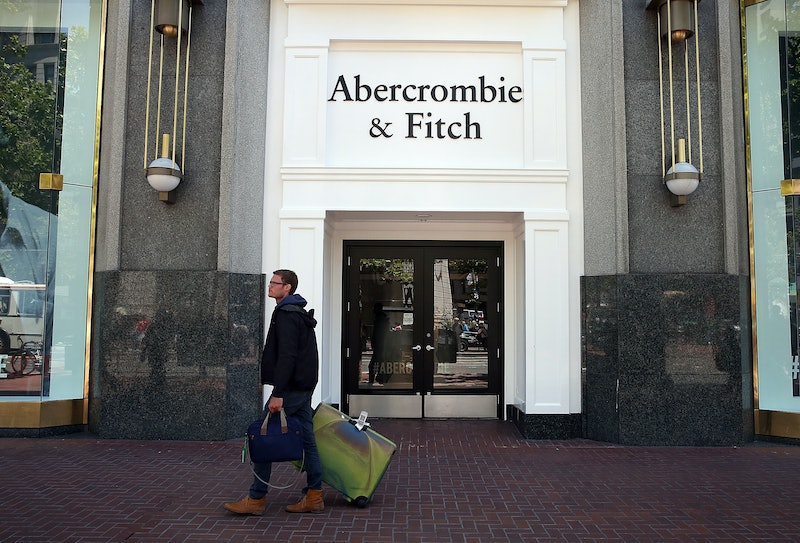 Well, this news has been a long time coming: according to Fortune, Abercrombie's CEO Mike Jeffries has officially stepped down after leading the company since 1992.

Anyone who's been paying attention to the news knows that Abercrombie has fallen far from its place as the top teen retailer. And a lot of the demise occurred over the last few years or so, like when Jeffries was reprimanded for saying he only wanted "cool" and attractive teens to wear Abercrombie clothes (and then tried to add plus-sizes to save face) or when creepy parts of their employee handbooked were leaked. There was also the time when France accused Abercrombie of only hiring employees based off looks or when they arguably slut-shamed Taylor Swift (and made her fans very mad). On top of all that, sales have been falling at a steady rate, proving that their logo-adorned apparel is totally out of date. For all these reasons (and more), it should come as no surprise that Jeffries has retired from his CEO post.

According to a statement released by Abercrombie and its board of directors, Jeffries said he believed now "was the right time for new leadership to take the company forward in the next phase of its development.” This "retirement" comes after Jeffries was stripped of his chairman title earlier this year. Really, it was only a matter of time that this was going to happen. I hope whoever takes over his position comes in with innovative and open-minded ideas that can wash away the ickiness that Jeffries left behind. It's going to take a lot of work, but it can happen. And if there's anything we Americans love, it's a good comeback story.