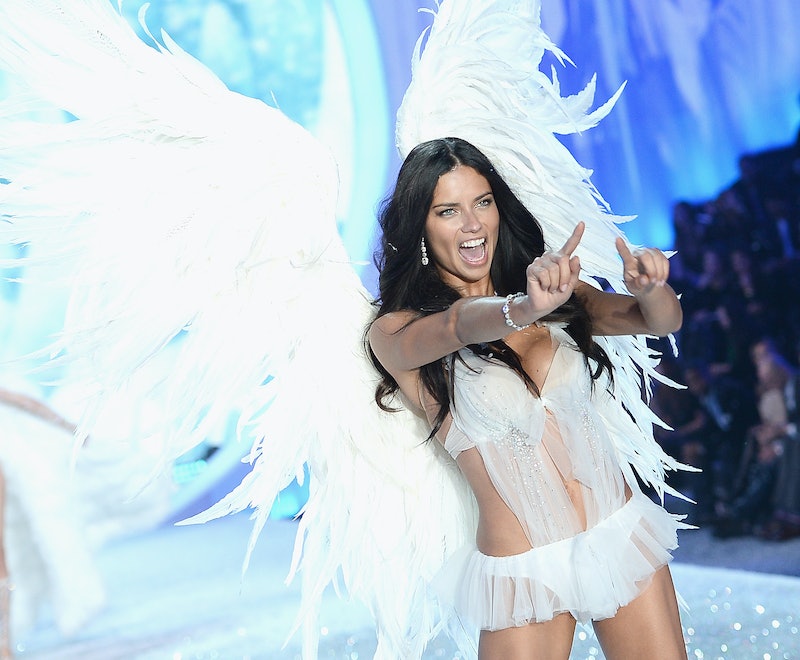 Tuesday night, right after an episode of NCIS, the Victoria’s Secret Fashion Show will air on CBS. ("Why'd you bring up NCIS?" you ask. "That detail seems superfluous." Don't worry. It'll make sense in a second.) But before the undie modelin' show or the procedural drama can begin, beloved Christmas classic Rudolph the Red-Nosed Reindeer will play. And the Parents Television Council is stressin' about the Rudolph/NCIS/VSFS lineup. The organization really, really doesn't want any VSFS or NCIS promos to pop up during the stop-motion holiday movie. PTC president Tim Winter issued the following statement to The Hollywood Reporter:

CBS should refrain from airing any promotions of the routinely graphic NCIS or the always-racy Victoria’s Secret Fashion Show during the Rudolph broadcast.

Obviously, the network is going after different audiences with these three shows but it would violate the trust of families if the innocent holiday special is interrupted with promos featuring gory corpses or scantily clad lingerie models.

While we continue to object to a network-sponsored lingerie ‘special’ on the publicly owned airwaves, we call on CBS to take every precaution to help parents protect children from such dramatically different fare that is airing in adjacent time slots.

The scare quotes. THE SCARE QUOTES. So salty!