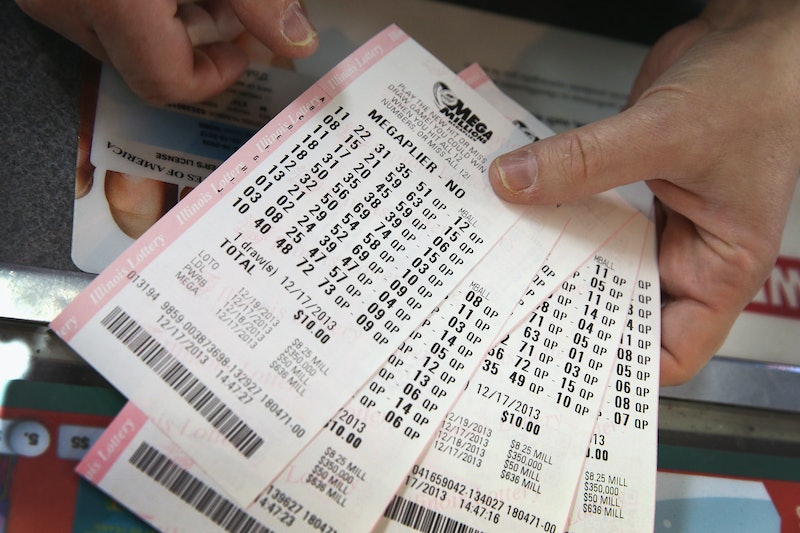 Well here's a story sure to make you doubt the existence of karma: it seems that a convicted sex offender just won the lottery in Florida. Seriously, Florida? Seriously? Why must you continue to destroy our faith in the idea of a decent, sensible universe? I hope you're happy with yourself.

The offensive lottery winner in question is named Timothy Dale Poole, and in 1999 he was arrested for sexually battering a nine-year-old boy whose family was friends with Poole. The complaint against Poole alleged that on occasions when the boy had stayed with Poole over the weekend, the two slept in the same bed and Poole performed sex acts on the child. Poole denied the allegations but eventually pled guilty to attempted sexual battery and was sentenced to 13 months in prison, followed by 10 years probation. As part of that, he became a registered sex offender.

In other words, he's exactly not the sort of person you would want to win $3 million off a scratch ticket he bought at a 7/11. And yet that's exactly what's just happened. Because apparently the universe just has no interest in being fair. Which I guess we could already surmise, but still, this a particularly sucky reminder.

There are so many people in the world that I can think of who deserve $3 million dollars more than a child molester. Like say, victims of child molestation. Or victims of sexual assault at any age. Or, you know, just about anyone. Because if there is one class of people that I think we can all agree shouldn't be rewarded with huge sums of money, it's people who sexually abuse children.

And so even though the laws of large numbers probably mean that a convicted sex offender was bound to win a lottery prize at some point, the whole thing is just incredibly sucky.

Poole, who currently works as a cab driver for his mother's cab company and further cementing my paranoia about cab drivers, opted to receive his winnings in a single lump sum. So just like that, he's a multi-millionaire.

Of course, I suppose there is at least one bright side to all this, namely that up to 70 percent of lottery winners spend all their money in the first five years and wind up in the same socio-economic status they were when they won. Because he does not deserve to be living large.

More like this
25 Things I've Reduced My Life To, In Addition To WFH In My PJs
By Ginny Hogan
'The Capture' Is Finally Back – & S2 Looks Tense AF
By Sophie McEvoy and El Hunt
The Lionesses Are Calling For Equal Access To Football In Schools
By Sophie McEvoy
Dunkin’s Pumpkin Spice Latte Is Officially Back This Week
By Mia Mercado
Get Even More From Bustle — Sign Up For The Newsletter