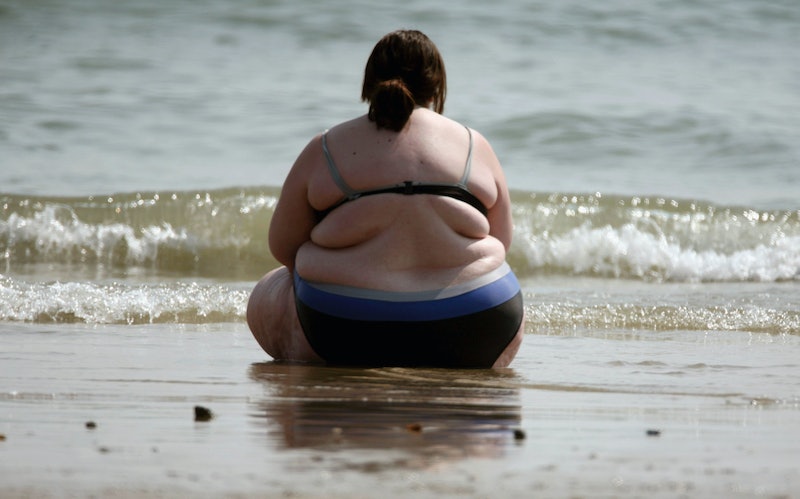 Despite what Internet ads would like you to think, the best way to lose weight is good old-fashioned diet and exercise. However, that could change sometime in the next few years, because stem cell researchers are developing an obesity pill that could convert bad fat into the good kind. How exactly are they planning on achieving this minor miracle? Stem cells.After a decade of working on the subject, researchers at the Harvard Stem Cell Institute (HSCI) recently published a study describing their system for using stem cells to find compounds in human cells that convert white fat to brown fat, Science Daily reports. Scientists have been aware that there are different kinds of fat for some time now, but only relatively recently has research focused on how they differ. White fat, made up of a single fat droplet, basically just sits around storing energy and causing problems like your ne'er-do-well distant cousin, but brown fat is full of mitochondria, which allow it to burn excess energy when necessary. What an overachiever. According to the Scientific American, we used to think that brown fat was exclusively found in infants and children, because they rely on brown fat to keep warm before their bodies learn to shiver. However, in the past few years brown fat has been discovered in adults, too, which caused the scientific community to go a little overboard with predictions of ending obesity.

Needless to say, the discovery didn't automatically end the weight problems that plague the United States because brown fat turned out to be harder to study than they thought. That's why the HSCI's results are so promising — it's taken a while, but it looks like researchers have found a way to use stem cells to figure out what chemicals are responsible for differentiating the types of fat. They've already found two compounds that have the capacity to change white into brown fat, and both "target the same molecule." While white fat is associated with type II diabetes as well as a whole host of other problems liked to obesity, brown fat actually burns calories, especially in colder temperatures, and is associated with protection against obesity.There's always a downside, though, and in this case, that molecule is important in the immune system's response to inflammation. HSCI faculty member Chad Cowan, who worked on the study along with lead author Annie Moisan, cautioned against using the compounds without adjusting for this response, because the "person taking them could become immune-compromised" after long-term use. Still, Cowan remained hopeful when talking to Science Daily about the prospects of the search for a pill to combat obesity.

"You're constantly replenishing your fat tissue, so if you were on a medication to convert the cells, each new fat cell would be more metabolically active and would convert to brown fat over time," Cowan told Science Daily. This would reduce the likelihood of developing type 2 diabetes or any of the other conditions related to a buildup of fat.

Unfortunately, the funding for the study has been pulled after the lab's pharmaceutical partner ended their metabolic disease program, but Cowan is in talks with several other companies to continue the research. It'll take much more research, including replications of the findings from other labs, before the findings get to clinical trials, but who knows? In another 10 years, you might be able to just take a pill if your doctor thinks you're at risk for obesity. In the meantime, maybe don't go for stuff like the corset diet and stick to maintaining a healthy lifestyle instead. Image: Giphy