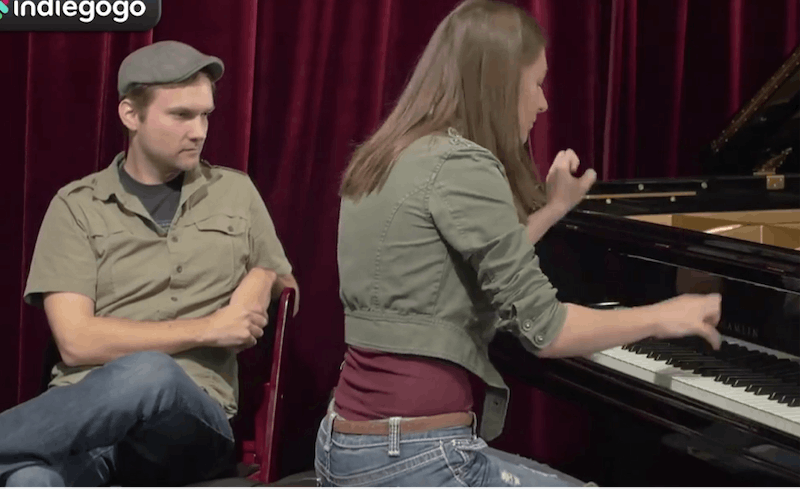 I don't know how many of you were ever forced to take physicals in high school, but if you remember yours, the might recall the test administrator giving you a string of numbers and asking you to repeat them to give some sort of baseline for your short-term memory in case you get a concussion. Some of us (and by some of us, I mean me) failed at this so hard that several years later we are still cringing, and living in utter disbelief of people who have impeccable memory like this pianist who listens to Nintendo themes once and then improvises them into classical music. The pianist, Sonya Belousova, is half of the popular YouTube duo Player Piano, where she and director Tom Grey turn popular soundtracks into classical music.

The Nintendo shenanigans come to us from one of their Indiegogo supporters, who donated enough money to make song requests. And boy, did he capitalize on them. Sonya plays themes from seven different video classic games, some of them so old that even I've never heard of them: Kid Icarus, Super Mario Bros. 3, Super Mario Bros., Castlevania, Mega Man II, Duck Tales, and Legend of Zelda. What's astounding is the way that Belousova can hear the notes in the music and is already ghost-playing it on her lap before she even gets near the piano—but what ends up coming out of the piano will haunt you. Did you think you would never want to openly weep to a reinterpretation of the theme from Duck Tales? Think again.

This comes on the heels of other beautiful piano re-imaginings, including one of Sia's "Chandelier" and Ariana Grande's "Problem". After a few go rounds in the Player Piano video, Tom remarks to their faceless song requester, "Oliver Fischer, whoever you are, you have very good taste in Nintendo music." If you check it out you won't be able to help but agree:

More like this
TikTok Is Using A Kendrick Lamar Song To Post Thirst Traps
By Courtney Young
Remember These Ancient Pieces Of '90s Tech?
By Lucia Peters and Emma Carey
Harry Styles Performed A Snippet Of Taylor Swift’s “22” & The Crowd Went Wild
By Jake Viswanath
10 Eurovision Moments That Celebrate The Weird & Wonderful Camp Extravaganza
By Sam Ramsden
Get Even More From Bustle — Sign Up For The Newsletter