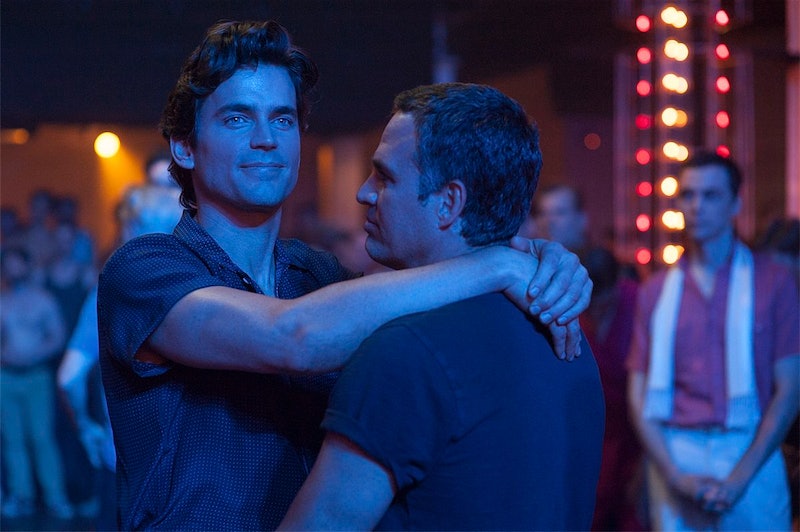 There is plenty to lament about this year’s slate of Golden Globe nominees. You can project uproar over the snubbing of your favorite film and television stars, or malign the choices you deem undeserving. But one positive attribute that we must attribute to the institution’s list of recognized pictures and artists from 2014 is its celebration of numerous gay and transgender themed projects. As we sometimes feel as though we are left perpetually wanting for a greater assimilation of LGBT characters and stories into the forefront of the zeitgeist, the Globes’ strides to honor a fair number of relevant motion pictures, television series, and TV movies is quite certainly something to applaud.

A good number of the Golden Globes’ major categories this year represent at least one title embracing the themes of homosexuality or gender identity. The ever-popular, perpetually drama-stirring returning nominee Orange Is the New Black stands out in the Best TV Series, Comedy or Musical, Best Actress – TV Series, Comedy or Musical (for Taylor Schilling, who plays series lead Piper Chapman, a bisexual woman), and Best Supporting Actress in a Series, Miniseries, or TV Movie (for Uzo Aduba, who plays fan favorite “Crazy Eyes,” a lesbian). But a slew of new projects have earned their spotlight as well.

No one should be surprised that Benedict Cumberbatch, quickly laying claim to every corner of the pop culture world, earned a nod for his The Imitation Game portrayal of Alan Turing: inventor, computer science pioneer, and ultimate victim of the United Kingdom’s homophobic persecution. Although the movie has been maligned for downplaying the injustice that Turing met following his invaluable service to the country in World War II, it is still an idyllic portrayal of a man famous for (among his various achievements) being open about his homosexuality long before his society would come to permit such honesty.

On the comedy side of the cinematic spectrum, we find a film with far less buzz, but one that nonetheless landed a Golden Globe nomination for Best Motion Picture, Comedy or Musical: Pride, a dramedy about a team of gay activists teaming with union minors to rally against government oppression in 1984 England. Although the cheeky, critically adored film (which stars Dominic West, Bill Nighy, Imelda Stauton, and Andrew Scott didn’t exactly wow the box office upon its September release, its “Golden Globe bump” is bound to attract new eyes thereto.

We move back to the realm of the small screen to pay mind to what is often the Golden Globes’ most progressive, socially conscious category: Best Miniseries or TV Movie. No surprise to anyone, The Normal Heart landed a spot among the list’s nominees (though finds itself tragically rivaled by True Detective, which just can’t make up its mind about what it wants to be considered). The HBO movie is an adaptation of writer and gay rights activist Larry Kramer’s semi-autobiographical play, chronicling his and his friends’ struggles with the AIDS crisis and general sociopolitical adversity of the 1980s. Mark Ruffalo and Matt Bomer are nominated for their roles in The Normal Heart in the Best Actor in a Miniseries or TV Movie and Best Supporting Actor in a Series, Miniseries, or TV Movie categories, respectively.

But finally, we must give due attention to the big guns of the Globes’ 2014 nods — perhaps the most progressive entry on the list, and one of the sharpest and most emotionally riveting pieces of television to come out all year: Transparent.

Released on Amazon Prime, Jill Solloway’s comedic drama introduces American viewers to a perspective on transgender life that it so desperately needs. Jeffrey Tambor, playing a trans woman newly open about her identity, offers a fresh and charming gateway into a world to which pop culture has largely remained unexposed. Transparent, on top of being a wonderful character study of Tambor’s Mort/Maura and her three befuddled children, is a remarkably important effort in the stride to align more people with a positive, empathetic vantage point on such a topic. Although we couldn’t imagine the Golden Globes justifying the snub of such a strong program, it’s nevertheless an enthusiastic joy to see the show rank among its Best TV Series, Comedy or Musical category (not to mention its Best Actor – TV Series, Comedy or Musical category for Tambor).

All in all, the Globes did something right this year. With Orange Is the New Black, The Imitation Game, Pride, The Normal Heart, and best of all Transparent, the institution is helping push popular entertainment in the direction it needs to move.

More like this
'Doctor Strange 2' Star Benedict Cumberbatch’s Net Worth Is Not An Illusion
By Hugh McIntyre
Remember When Benedict Cumberbatch Announced His Engagement In A Newspaper Ad?
By Hugh McIntyre
'Heartstopper's Kit Connor Called Out Twitter For Making Assumptions About His Sexuality
By Nola Ojomu
What’s New On Netflix: A Victoria Justice Rom-Com & The Return Of David Letterman
By Arya Roshanian
Get Even More From Bustle — Sign Up For The Newsletter