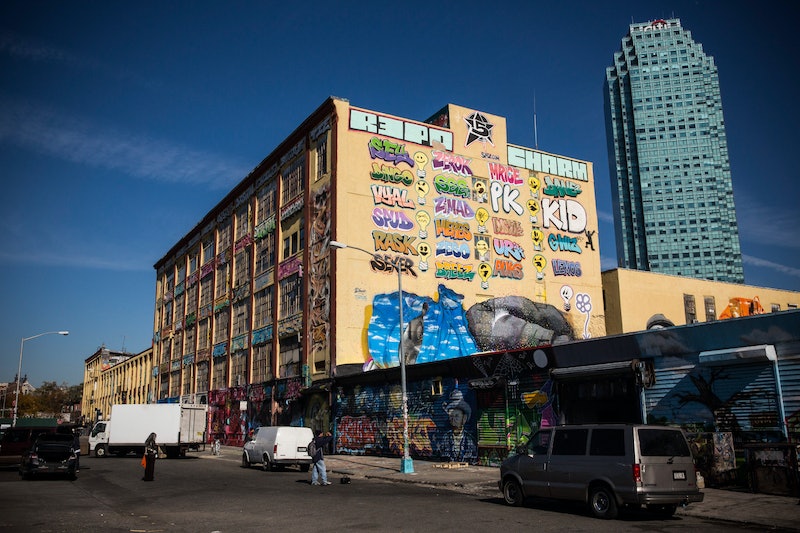 Those New Yorkers who’ve long been heralding the merits of the city’s largest borough may now be patting themselves on the back with the news that Lonely Planet has named Queens, New York as the best travel destination in the U.S. for 2015. Please take a moment to let that surprising news sink in before we proceed. Cool? Now I can share with you that Western South Dakota made second on the travel authority’s to-visit listicle, joined by New Orleans (fair), Colorado River region (okay), and North Conway, New Hampshire (for its “lazy canoe rides”).

So these questionably randomly chosen cities are best of what, you may be wondering? Lonely Planet discloses that it ranked its top 10 cities based on “a mix of up-and-coming destinations, old faves with new highlights, and places poised to shine.” To be clear, these are travel destinations rather than suggested locations for permanent inhabitance. But even so, one wonders how the list’s other cities such as Greenville, South Carolina, for example, managed to rank best in all of the United States.

Unexpectedly, Queens’ Long Island City and Astoria neighborhoods were recommended for their gallery spaces and breweries, which is the cultural equivalent of recommending Bushwick (h/t Anna Wintour) and Williamsburg in Brooklyn, or SoHo and Chelsea in Manhattan. LIC and Astoria do have some outstanding eateries and local art scenes, but this news is neither revelatory nor lost on most New York residents. “Head next to Flushing, home to NYC’s biggest Chinatown,” suggests Lonely Planet. “And if it’s hot, jump in the surf at Rockaway Beach.” Swimming and Chinatown can also be had in most major cities across the U.S., though you won’t be able to one-up your buddies who’ve only tasted the cultural offerings of New York City proper. The site also offers a free e-book of its Queens travel guide through February, for anyone who’d like to take its ranking at face value and pursue the borough’s established fixtures. (Out-of-towners: Despite its omittance, Manhattan still exists.)

As the New York Daily News’ Eli Rosenberg and Chris Erikson put it: “Granted, I live in Brooklyn, which is easily mocked as the borough of hipsters, artisan pickles, and mayonnaise sommeliers. But if Queens is the nation’s premier destination,” they write, “I’ll shave my handlebar mustache and eat my flannel shirt.” I know some Sunnyside residents who would take issue with that.