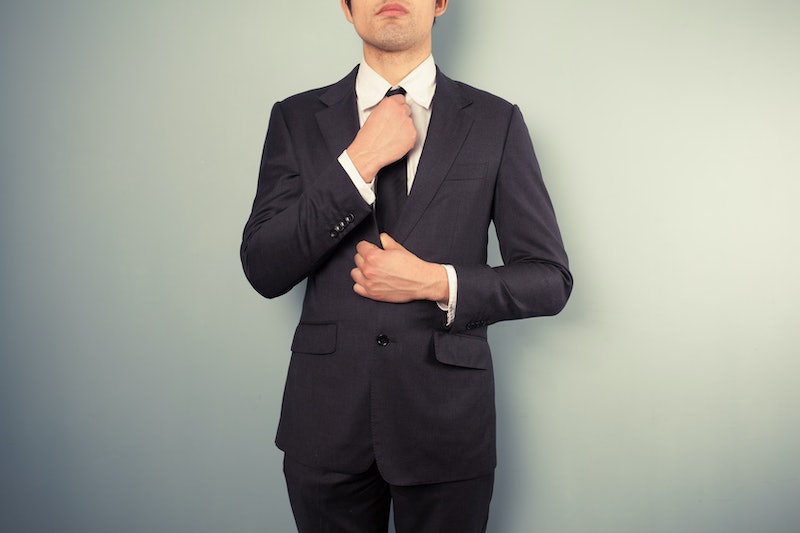 If there's one thing I could seriously do without, it's straight, wealthy, cisgender, white men writing self-righteous, patronizing essays about their misunderstanding of the concept of privilege. And yet here we are, with an essay by Berkeley student Jacob Leonard cheekily entitled "It's Been a Privilege." Leonard decided to end his time as a columnist for the UC Berkeley student paper The Daily Californian by mansplaining why, even though he doesn't really get what privilege is, people should really stop talking about it.

I suppose I should point out the obvious here just in case anyone as dense as Leonard himself is reading this: I do not disagree with Leonard because he is a white man. I disagree with him because his ideas are terrible. Just for starters, he quite obviously misunderstands what the very concept of privilege is, confusing it for a value judgement declaring one's experiences unimportant and at one point actually referring to the term as "useless" and a "profanity." I would be happy to provide other, more accurate examples of profanity if he likes, but I suspect he would not.

But even more exasperating, this dude quite obviously is not even trying to understand the concept of privilege — at one point he refers to "a 'privileged' experience" with an immediate aside of "whatever that's supposed to be" — as though "whatever" it is is not the entire subject he's writing about.

So even though I really shouldn't need to point out that people can disagree with white dudes simply because those dudes are spouting idiotic drivel, let the point be made anyway.

And on that note what the hell kind of arrogance do you have to have to think yourself qualified to lecture the world about a subject upon which you have clearly done no independent research? Possibly the arrogance that comes from being a white male whose family, he un-ironically divulges in the essay, drives a Lexus.

Really, dude? You thought that was something that would strengthen your case for objectivity? OK...

There are a lot of unbearable — not mention eye roll-worthy — moments in this essay. For one thing, Leonard starts it off talking about how some guy in a coffee shop hurt his feelings by being unimpressed with his idea to pitch a column of "a German World War II holiday album with some offensive Holocaust puns that were unpublishable." Yeah, can't imagine why the guy thought he was privileged. And the essay really doesn't get better from there. Leonard implies that less privileged people are just "trying to make people who have it easier feel sorry for them." He claims using the term privilege widely is "turning us into a sad pool of victims and sufferers." To which I just have to laugh.

And then there's the part where he says, "This is America, for fuck’s sake. We are not the country where everyone gets to succeed, where there’s equality and success for all and where everyone gets represented by every column." I can't believe no one ever thought to work that into the Pledge of Allegiance.

Contrary to what people like Leonard seem to think, those who call attention to the way in which various forms of privilege operate in our society are not doing it to be divisive or mean spirited. Those who ask others to "check their privilege" are not trying to say that a person is invalidated by having certain identity markers. And those who advocate for the end of privilege are certainly not advocating for the destruction of people with privilege. To act as though privilege is a way of mindlessly lashing out at certain individuals is disingenuous and more than a little idiotic.

Privilege is not about individuals — it is about the identity markers that society values, or privileges, above others. Society is set up in very fundamental ways to make life easier for people with certain identity markers: people who are male as opposed to female, for instance, or white instead of people of color. Cisgender people rather than trans people. Able-bodied people rather than people with disabilities. The list goes on. Our society acts and operates as though there are some identity markers which are the default, which is ridiculous, of course. There are no default human beings. And there is nothing inherently more or less valuable about being female or male, a person of color or white, trans or cis, a person with disabilities or able bodied. But society acts like there is.

So when people talk about privilege, they are talking about differences that already exist, but that we are trained to think are normal, natural, correct — or maybe trained to not even see as differences at all.

Of course, I suspect this tutorial will not sway the mind of Jacob Leonard, who seems to think that inequality is as American as apple pie and CIA torture, who in another piece lamented the lost purity of a college education now that people who just want jobs or something are going, and in yet another suggested even the "re-animated corpse of Adolph Hitler" might have some merit as a graduation speaker before proposing Glenn Beck. But actually, maybe it's OK that Leonard is probably too entrenched in his own narrow worldview to ever really get it. Because while there was a time when Leonard's status as a wealthy white man might have mandated that we treat his thoughts as worthy of our time no matter how ill-informed they might be, that world is changing.

In other words, there may come a day very soon when Leonard and the many men like him get to find out just how much fun all that "hard work" they like to idolize really is once privilege doesn't give you a boost or an audience. I imagine that will be fun.