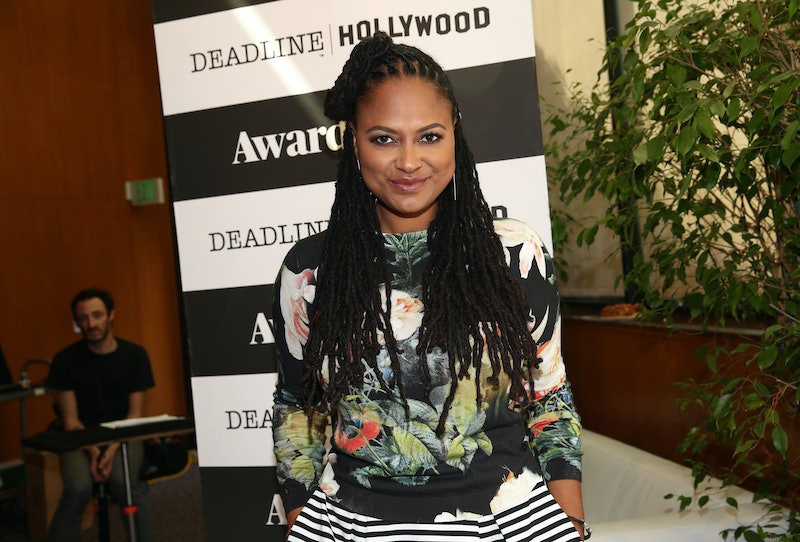 Here's a little history lesson: The Golden Globes began in 1943. During those 71 years, no women of color have been nominated in the category of Best Director. Finally, this changed in 2014. When the 2015 Golden Globe nominees were announced on Thursday, Ava DuVernay became the first female African-American director nominated for a Golden Globe. Even more good news? Her film Selma is up for four awards total. While it's incredible that DuVernay made history — there's no denying that — it's also a bit disappointing that it's taken so long for this to happen. Proving this point, DuVernay categorized the honor as "bittersweet" in an interview with USA Today. Explaining her mixed feelings, she said,

It's a sweet moment for me, not because I'm the first, but because of the fact (that Selma is) something I worked hard on, I gave it 100% of everything I had.

The "first" of it all is the bittersweet part. I'm certainly not the first black woman deserving of this. You can't tell me that since 1943 there's not been another black woman who's made something worthy of this kind of recognition. But for whatever reason it hasn't happened. The time is now. I thank them for recognizing Selma. I just hope that we get through all the "firsts," that we can just get to the good stuff and that people can just make their work and move on from (that conversation).

DuVernay makes an amazing point. While her talent is undeniable, it's unlikely that there haven't been previous women of color who deserved nominations for directing too. Seriously, what's taking so long? Why isn't more women's work recognized? Well, if you think that's disappointing, consider this: the Oscars have been around even longer, but never had a female African-American nominated for Best Director either. In fact, there have only been three black males ever nominated for that category. As for women, it wasn't until 2010 that a female director snagged an Academy Award. That honor went to Kathryn Bigelow for The Hurt Locker .

At least DuVernay's nomination shows some progress, yet there remains an overall lack of diversity in this year's Golden Globe nominees — both in terms of race and gender. As pointed out by another Bustle writer, there are only four women of color nominated in the acting categories. Four! Despite Oprah Winfrey's role in Selma, she didn't get a nomination. And Angelina Jolie? She got snubbed in this year's director category, proving the lack of women. In total, there have only been five female directors ever nominated for Golden Globes. Barbra Streisand became the first in 1984 when she won the award for Yentl. Unfortunately none of the female directors after Streisand actually won.

Here's hoping this changes in the near future. In the mean time, a huge congrats to DuVernay! While it may be "bittersweet," it's an amazing honor nonetheless. And I'm hoping she makes even more history and takes home the win in January!