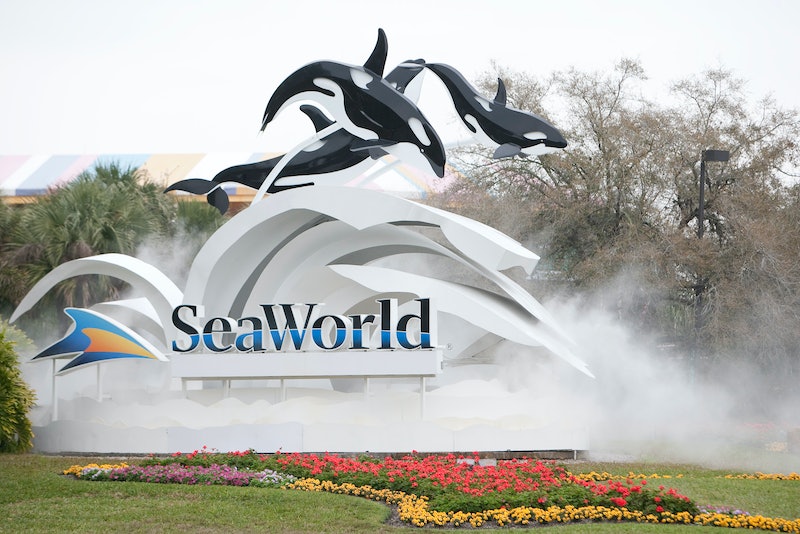 After more than a year of painfully bad press, struggling ticket sales, and desperate promises to expand the notorious tanks in which orcas are housed, SeaWorld CEO Jim Atchison has stepped down. Though the tanks used to house marine life have been criticized by animal-rights activists for years — the orcas that SeaWorld uses are bred from orcas captured in the 70s — anger over the orcas' conditions reached fever pitch with Blackfish, a documentary released halfway through 2013 in the United States.

Atchison had been CEO of the company since it went public in 2013. In a press release late Thursday, SeaWorld said that it would be enacting "a restructuring program across its entire 11-park enterprise." It continued:

This effort will centralize some operations, reduce duplication of functions and increase efficiencies and accelerate execution. The restructuring will result in the loss of some positions.

Blackfish linked several deaths and near-deaths, most notably the 2010 death of Dawn Brancheau — a SeaWorld trainer killed by the orca Tilikum in Orlando, Florida — to pent-up aggression caused by decades spent trapped in small tanks (at night, Blackfish alleged, in total darkness). SeaWorld's response took a variety of forms: a passionate PR campaign arguing for the orcas' happiness, ads featuring SeaWorld as a perfect family day out, and an all-out denial of many of Blackfish's claims.

Regardless, the documentary performed extraordinarily well, earning a 98 percent approval rating on Rotten Tomatoes, and was distributed by Netflix in 2014. Later that year, SeaWorld announced it would build larger habitats for its orcas, but the damage was done; SeaWorld lost 28 percent in earnings in the third quarter of 2014, attendance plummeted, and its stock tanked.

In a statement on Blackfish posted on its website in response to the film's popularity, SeaWorld wrote:

We object to Blackfish because its two central premises are wrong: (1) that life at SeaWorld is harmful for killer whales and for trainers working with these animals, and (2) that SeaWorld has attempted to cover up the facts surrounding the tragic death of trainer Dawn Brancheau in 2010, as well the history of Tilikum, the killer whale involved in that accident. Nothing could be further from the truth.

To make these ultimately false and misleading points, the movie conveys falsehoods, manipulates viewers emotionally, and relies on questionable filmmaking techniques to create “facts” that support its point of view.