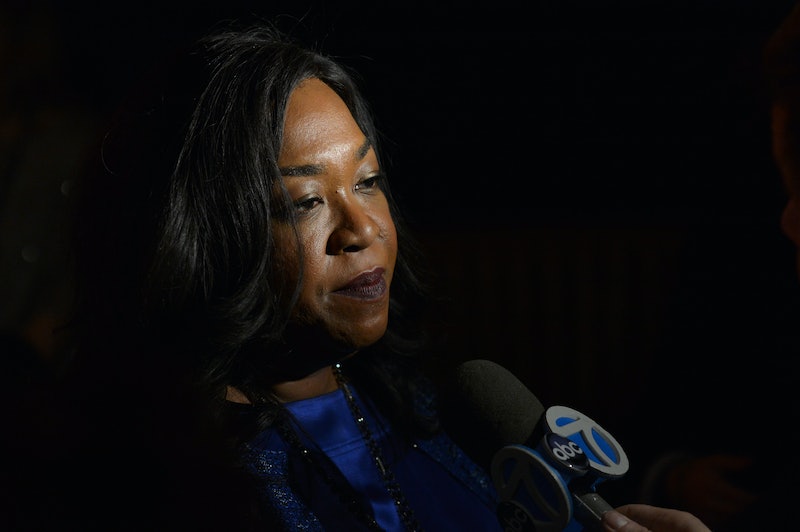 If you haven't already converted to the holy church of Beyoncéism, then you're probably worshipping at the altar of Shonda Rhimes. The brilliant mind that brought us Grey's Anatomy, Scandal, and now How to Get Away with Murder, all conveniently wrapped in a Thursday night Shondaland block, not only kills it on the TV screen but also kills it in life as well — particularly when it comes to issues to race, equality and media. Between calling out a racist New York Times article about angry black women to slamming a "fan" who complained about the LGBT love stories on HTGAWM, Rhimes refuses to be silenced when it comes to standing up for what's right. That's why it comes as no surprise that Rhimes called out the racist Sony email leaks in which Sony Pictures cochairman Amy Pascal and producer Scott Rudin joked that President Obama was a fan of such famous slave movies as Django Unchained and 12 Years a Slave.

However, it wasn't specifically the racist emails that Rhimes was calling out, a level of racism that has been discussed at length. The writer also discussed the way the media was spinning the story, since most articles about the controversy called the emails "racially insensitive." According to her, such a label is an understatement.

There are times that I wish life came with a "like" button, and this is definitely one of those times. Rhimes has a point. We need to be careful when it comes to the connotations of the words we use in sensitive situations like this one. From a journalistic perspective, I can understand why the media would want to go with more conservative phrases like "racially insensitive" rather than the more damning phrase of "racist." The latter word can be a death knoll to a career or a reputation, following someone for the rest of their lives. However, as Rhimes so vividly put it, tip-toeing around the word doesn't change the facts of the situation.

And the facts of the situation are that the jokes that were made in that particular Sony email exchange were racist rather than simply insensitive. The joke was that President Obama, as a black man, must enjoy movies starring other black people. (And also movies about slavery. Apparently.) Racist is the only word for jokes like that, and using any other kind of phrasing is handling with kiddie gloves the kind of situation that doesn't warrant such care. Pascal and Rudin have already apologized for the emails, which goes a long way with me toward improving the situation somewhat, but taking their apology as a good enough reason to downplay their words is an insensitive way of handling the controversy.

At the end of the day, we seem to be able to trust Rhimes to call it as she sees it when it comes to controversies, the media, and any kind of intolerance. This is another one of the cases in which I believe she was completely on point with her criticism. I'm not saying this email leak should come to define either Pascal or Rudin's careers from this point on — though it's a simple fact of life that they can't escape the controversy completely — but we owe it to the people who were hurt, offended, or disappointed by their emails to call a spade a spade and not downplay it with language that has a more lighthearted connotation than the situation warrants.