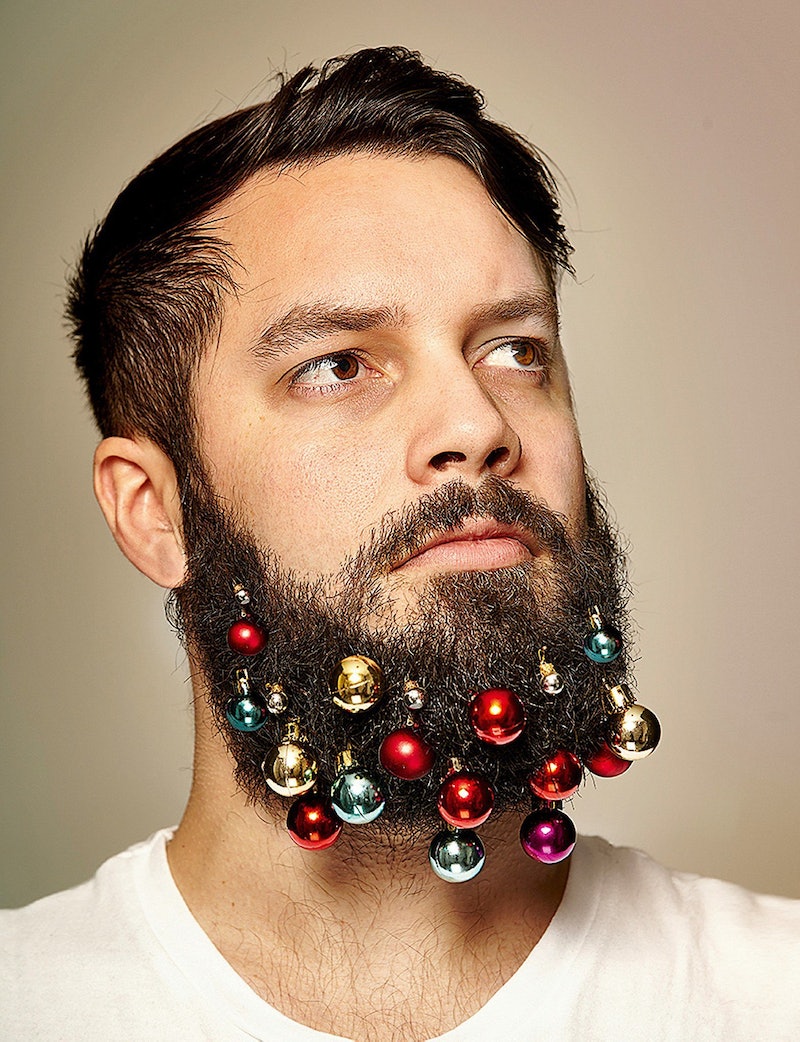 Forget ugly holiday sweaters, there's a new Christmas trend sweeping Williamsburg this December. It's called Beard Baubles and, yeah, it's exactly what you're picturing — ornaments meant to be hung not from evergreen trees but from facial hair. Think of it as winter's answer to the flower beard garden.

According to BuzzFeed, Beard Baubles was created by Mike Kennedy and Pauline Ashford, two (rather genius) employees of Grey London, an ad agency in the U.K. The duo came up with the idea for this hilarious winter accessory while brainstorming ideas for the company Christmas card. The result? Plastic ornaments that attach to the beard with bobby pins! And in case that wasn't epic enough, the proceeds benefit Beard Season, a project which encourages men to regularly get checked for skin cancer.

“It started off as a relatively small project — a bit of fun for a good cause — but it’s just (pardon the pun) grown and grown over the past few days,” Ollie Dearn, PR manager of Grey London, told BuzzFeed. And grown it has — Beard Baubles are completely sold out online at the moment, although the site promises to have more in stock soon.

This would be the perfect stocking stuffer for the PBR-guzzling lumbersexual in your life, although Beard Baubles are so far only available in the U.K. They just have a monopoly on everything cool over there, don't they? Beard decorations, hot accents, Kate Middleton. Not fair. Brooklyn hipsters deserve Beard Baubles, too!

More like this
12 Party Makeup Looks That Are Perfect For The Holidays
By Jessica Willingham and Olivia Rose Ferreiro
23 Luxurious Beauty Gift Sets That Are Totally Worth The Splurge
By Olivia Rose Ferreiro
Cyber Monday Deals 2022: The Best Fashion Sales To Shop
By Dominique Norman
The Best Black Friday 2022 Fashion Deals To Shop This Year
By Dominique Norman
Get Even More From Bustle — Sign Up For The Newsletter