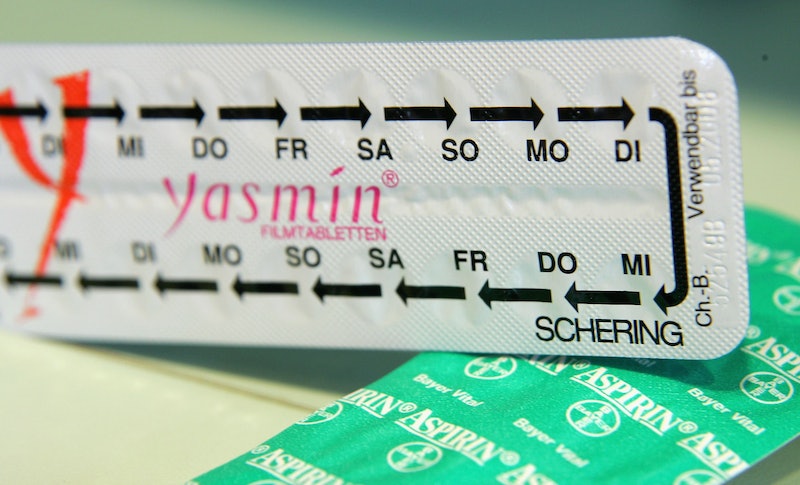 When my sister and I were in high school, she got involved with a sexual-health peer education program and started doing things like talking about herpes during family dinners — meaning I sometimes went hungry, but got a pretty good education about safe sex. Still even I have to admit I learned a few surprising birth control facts from the below BuzzFeed video, entitled "Let's Actually Talk About Birth Control." Which is awesome, because the more everyone knows about birth control the better, in my book.

The fact that we in America are so incredibly bad at teaching young people about sex is a major problem, one that unfortunately leads to increased rates of STDs and unplanned pregnancies, especially among teens who go through abstinence-only sex-ed. But that isn't just the case for young people — roughly half of all American pregnancies are unplanned, even today. Which just goes to show that we have a long way to go when it comes to bringing everybody up to speed on birth control options.

And the sooner we get people there, the better, since maybe that will mean fewer regressive Supreme Court decisions like the Hobby Lobby debacle. But I digress.

Here are five things that I learned from this video that I am better off for knowing now.

1. The Hormones in the Pill Are Estrogen and Progestin

Because it's always better to have names than thinking of it as "magic hormone stuff that prevents ovulation."

Apparently, if all's going properly, you shouldn't gain more than five pounds from your birth control. That's basically like eating a Chipotle burrito.

3. The "No Smoking" Thing Doesn't Apply to Weed

4. There Will Probably Never Be Hormonal Birth Control for Men

Apparently the side effects of reduced testosterone are just not worth it.

Maybe it's just because I'm related to someone who, to this day, occasionally, out of no where, giggles and says, "Copper decapitates sperm!" but I often forget just how little most people know about this stuff.

So here, learn things! It's cool!