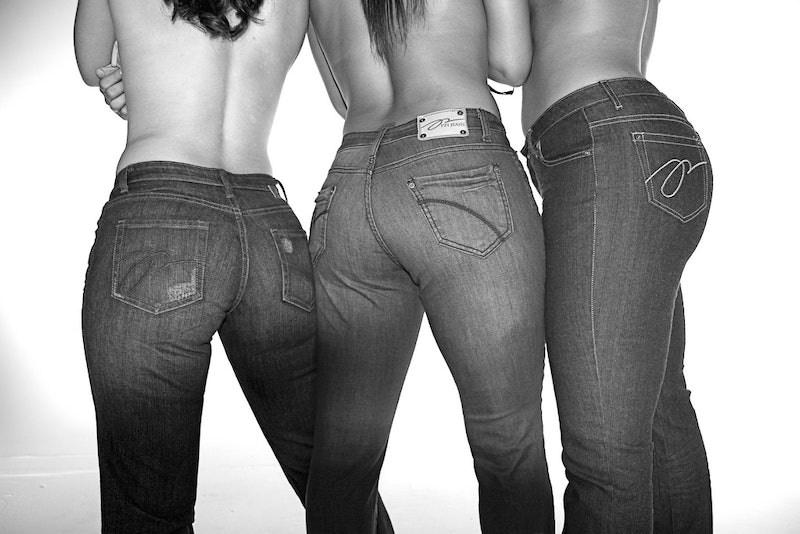 I suppose the butt thing isn’t terribly surprising; all we’ve been hearing this year is how obsessed we’re supposed to be with them, so either those summations were accurate, or we’ve been adjusting our behavior to suit what we hear. It kind of makes me wonder if that’s why Kim Kardashian’s Paper Magazine cover failed to break the Internet — maybe we’re already so inundated with butts that one more didn’t make much of a difference. Still, though, all butts are awesome — that's undeniable — so hoorah? I guess?

But lest you think we're alone in our love of derrieres, however, we're definitely not. Here’s what the worldwide distribution looks like:

And just to make it a little more interesting, here’s what happens when you look at the data by continent instead of by country: