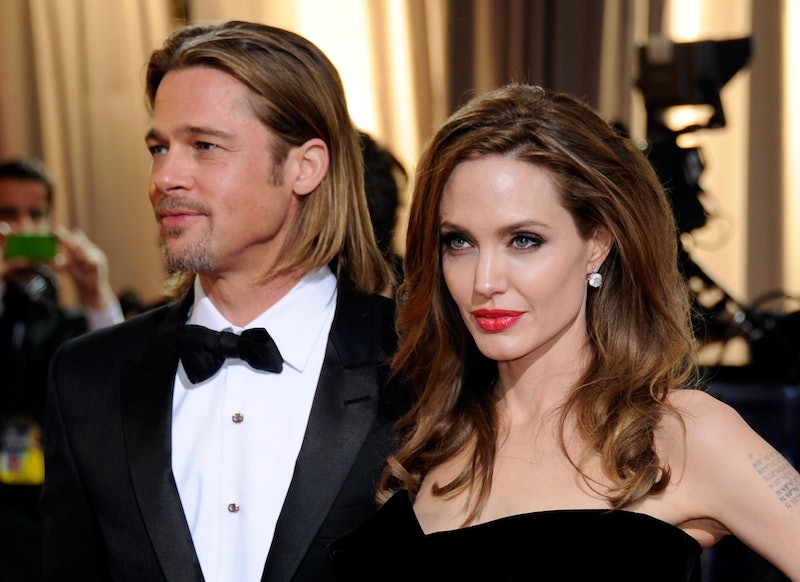 Out of all the vital elements of love, trust is the most important in a relationship. If you feel like your partner is capable of deceiving or betraying you, then you two definitely have a major issue to work out. Watching friends publicly break up on social media because someone decided to do Strip Club Night, and talking friends out of reading their significant other's e-mail is pretty exhausting, and is just a painful reflection of just how common it is to feel insecure and jealous in a relationship. It seems like almost everyone has, at least at one point, been suspicious or their partner for one reason or another.

And hey, we’re all human, and humans are typically prone to getting jealous and experiencing dark feelings, and so if you find yourself getting really annoyed and bothered by the fact that your boyfriend is out with his ex, just know that it’s okay and natural. But it’s also a crappy emotion to experience, especially if it’s unwarranted.

Being able to fully place trust in your relationship will definitely make you happier and more comfortable. When you have total trust in another person, you won’t wonder why she’s out so late, or if he has a thing for his cute co-worker, or basically whether or not they will do something that oversteps the boundaries that you two have laid out for your particular relationship. Maybe hooking up with other people is totally allowed in your relationships; But betrayal—whatever that means for the two of you—can still happen, and thus, so can jealousy. Not being jealous means you’re confident in yourself and your partner, and that’s how awesome relationships are made possible. Here are some things couples who trust one another never have to worry about:

1. Hanging out with friends of the opposite sex (or same sex, depending on who you like to get down with)

My significant other (who is a straight male) is best friends with a woman, and they go out and have beers together often. This usually happens on Wednesdays, when I’ll be at home writing. Never once have I thought about anything “happening” between them because I know my husband, and know that he would never jeopardize our relationship. And I also feel like that would never cross either of their minds.

Couples who don't totally trust each other have all this room to doubt each other, which makes something as innocent as getting a drink with a friend turn into an opportunity for deception. Jealous couples tend to spend way less time with their other friends in an attempt to side-step jealous. But when you actually trust each other, you get all kinds of freedom to be good in all of your relationships.

2. "Checking in” to see who your S.O. is hanging out with

If my guy is out, I usually text to see when he’s coming back, just so I know whether to make a box of Kraft or wait for him to come home before dinner—that's pretty much it. It’s not because I’m worried that he’s out picking up girls who aren’t me. It’s because I want to know whether I can scarf a box of noodles down around 8PM or not. Which is to say, couples who trust each other get to save time worrying about where someone is or who they're with, and focus on the important issues in their relationship (aka, food).

3. Going through each other's e-mail or phone

Like, I totally get it: If you have the password to your boo’s digital life, it's going to be at least a little (okay, very) tempting to log in and snoop until you find...something. Anything, really. THEY HAVE SECRETS AND YOU WANT TO KNOW THEM. But it’s also a huge invasion of privacy. Couples who trust each other don’t resort to this. They talk things out. They ask questions, and are satisfied with the answers they receive. They don’t assume their partner is e-mailing or texting someone else behind their back. And, above all, they actually respect the fact that being in a romantic relationship does not equal an all-access pass to every little corner of their lives. They get to have their space, and yes, their secrets. You trust them, and you respect them (which, spoiler alert, will make them way less likely to hide things in the first place).

4. Being able to say “So-And-So is cute" without your partner thinking you’re having a hot and steamy affair

Whether you consider Seth Rogan your celebrity boyfriend (no judgment), or if you think the barista at Starbucks is super adorable, you can say these things to your partner without them losing their cool and think you’re going to run off to Hollywood and chase that endearing, curly-haired actor down like the dreamer you are. It’s OK to think other people are attractive. In fact, it’s impossible not to.

People who have a healthy amount of security and trust within their relationship know that their bond is a million times stronger than a silly crush, or fleeting attraction, so they don't have to fear their partner running off in pursuit of one of those things. Because, in the end, that's what jealousy is: a fear of losing the other person. When you trust each other, that fear goes away, and you can actually appreciate your partner's moments of being attracted to other people: It lets you know more about who they are and what they like, and also reminds you that they're the fun, sexual person you fell in love with. Being able to share things like that make the best couples even closer.

5. Talking about past relationships

Maybe it's just me, but I find it super strange if someone I’m dating starts prying into my dating history. It really shouldn’t matter. Most of us have exes, and it’s not like we can literally wipe the slate clean. Like, let’s be real: That slate is smudged beyond belief, but as long as we’ve made peace with our pasts, then that’s all that really matters. And all you can really do. Right now, you're with your partner, and not your ex, and there are very real reasons for that. Couples who trust each other are just as comfortable keeping the door to the past closed as they are opening it casually—they accept each other's histories without needing to obsess about them.

6. Being friends with an ex (or even just talking to them)

Some people are friends with their exes and some are not. Just because a relationship didn't work in the romantic sense doesn't mean it's not a completely awesome friendship. Secure, trusting couples feel strong enough about their relationship that they aren't threatened if someone still has an ex or two in their life. Or even if they just touch base every now and then. Even beyond that, some people actually love that their S.O. is still friends with their exes: It means they at least behaved respectfully enough during the relationship and breakup to earn them continued friendship, which is the kind of integrity you want in a partner.

Sure, you can be a little concerned if you know for a fact that your partner’s ex is still in love with them, but even then, that’s really the ex’s problem, not yours, and not your partner’s. Furthermore, it’s not like your S.O. can control other people’s actions. It’s so uncool to see friends get mad at their boyfriends and girlfriends just because they’ve received Facebook messages from someone they used to date, as though they have any control over that. Don't lose your cool over something that hasn't even happened (and probably won't).

7. Going on vacation with your friends without them

When you’re in a relationship with someone who doesn’t get easily jealous, they won’t care that you and your girls booked a flight to Mexico and that you’re probably going to be wearing bikinis and tube tops the entire time you’re there. Because ultimately? They know that you and your bikini are coming home to them, and they actually care about you having fulfilling life experiences because you don't exist solely for them.