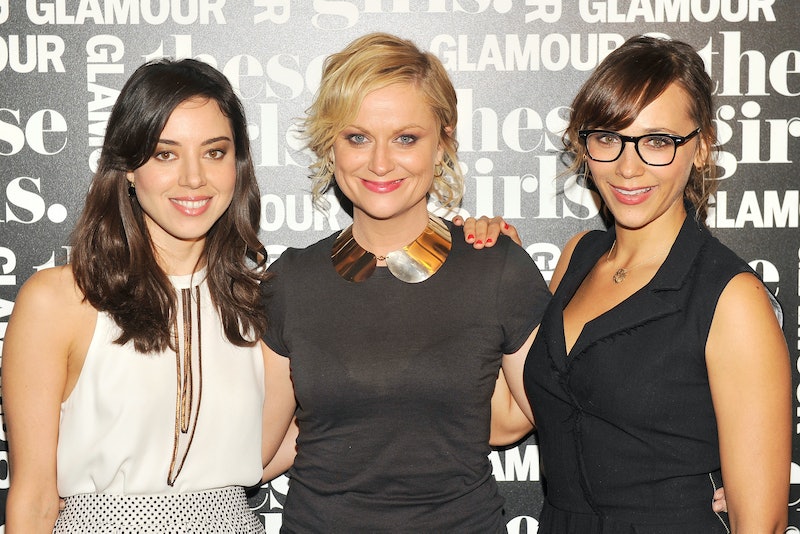 Parks & Recreation just finished filming their last episode. And the cast might be even sadder than I am. The Parks & Recreation cast started tweeting their appreciation for the show's cast and crew under the hashtag #thankyouparkscrew and #thanksparkscrew. Fans, both celebrity and otherwise, joined in to celebrate the wrap of the fantastic NBC comedy.

The seventh and final season is supposed to be a different animal than the rest of the series, and the cast's pictures from the final day didn't reveal much about what might be happening. The last episode of season six featured a big twist, which I won't give away here, only to say that there are a lot of questions that need to be answered. And the video they posted didn't really clear a whole lot up. I'm just hoping that the final season features the right mix of story and sap, not lingering on the end as much as looking forward to a future beyond the end of the show. I felt that The Office took a little too long to end, and I hope that Parks doesn't fall into that sticky sweet trap.

That said, the cast had some pretty touching stuff to say about the show coming to an end.

Other fans joined in, and #ThanksParksCrew was trending for a while there. I was amazed at how many supporters the show has, and I wonder how they'll react come 2015 when the last season airs. Retta might have to get some more tissues.

More like this
Twitter Is In Utter Meltdown After 'Derry Girls’ “Poignant” Finale
By Sam Ramsden
'Gentleman Jack’s Cast & Crew Are Keen On Season 3, Too
By Frances Stewart
The 'It's A Sin' Creator Revealed A Massive Detail That Didn't Make The Final Cut
By El Hunt
Grey's Anatomy Fans Refuse To Accept Kaimelia's Shocking Relationship Update
By Brad Witter
Get Even More From Bustle — Sign Up For The Newsletter