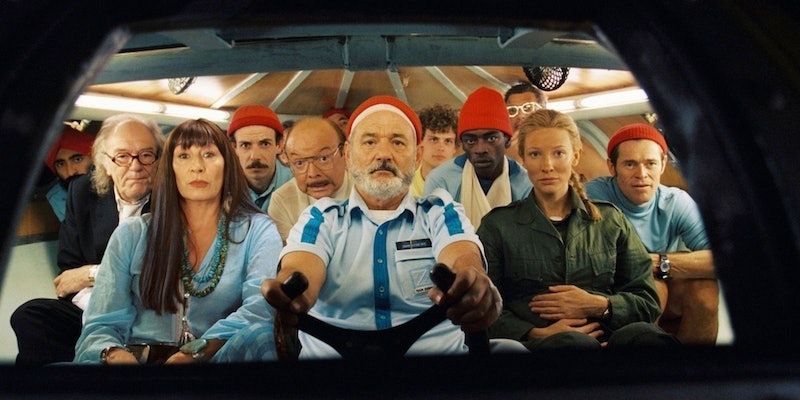 The Life Aquatic With Steve Zissou has become a beloved classic since it came out on Christmas Day ten years ago. However, it was not always so beloved. In fact, it was panned by most critics for favoring detail over substance and being a little too long and a little too slow. These days, many regard it as one of those movies that is treated unfairly upon initial release.

Why has the movie changed so much in public view? Maybe it's because Wes Anderson and his vision have become such an establishment in the cinematic world. Maybe it's because we don't care about substance as much in 2014. Maybe it's because we've realized that we just need to look upon all of Bill Murray's undertakings with awe and a shake of our heads. But I think it just has to do with the critical hive mind; one critic might have set the tone for The Life Aquatic when it debuted, and since then, the public opinion has shifted to be far more favorable.

I personally love the film, and I find Steve Zissou to be a substantial character. It certainly captures the imagination, and it's beautiful to behold. To appreciate how much things can change in ten years, here are a few of the most scathing reviews of The Life Aquatic.

Yet meanings get lost in a clutter of cleverness. By institutionalizing his style so early in his career, Mr. Anderson could be walking a plank of his own construction. – Joe Morgenstern, The Wall Street Journal

While Murray's drowsy comic gifts are frequently used to delightful effect--is there any actor alive who's better at underplaying a punch line?--they're unable to provide the film with much in the way of forward momentum. – Christopher Orr, The New Republic

If you'll pardon the water pun, though, Anderson is drowning in superficial details. He's too obsessed with minutiae at the expense of substantive character development. – Christy Lemire, Associated Press

Director-cowriter Wes Anderson, who managed to stay on the right side of preciousness with his idiosyncratic earlier films, Bottle Rocket,Rushmore and The Royal Tenenbaums, crosses the line this time. Aquatic seems willfully eccentric without ever letting the rest of us in on the joke. – Leah Rozen, People Magazine

Suffused with lush yet faded primary colours like a 30-year-old Kodak snap and spiced with Henry Selick’s stop-motion animations and a starry (if often idle) cast of supporting players, ‘The Life Aquatic’ is a beautifully appointed but airless dollhouse-by-the-sea, populated by wistful figurines in their matching little red caps and Team Zissou Adidas, and scored to Seu Jorge’s deckside acoustic renditions of Bowie songs in Portuguese. – Time Out

What the theme of “The Life Aquatic” might be is still a mystery, although I suspect that it concerns the perils of being all at sea. Everybody here seems adrift. – Anthony Lane, The New Yorker