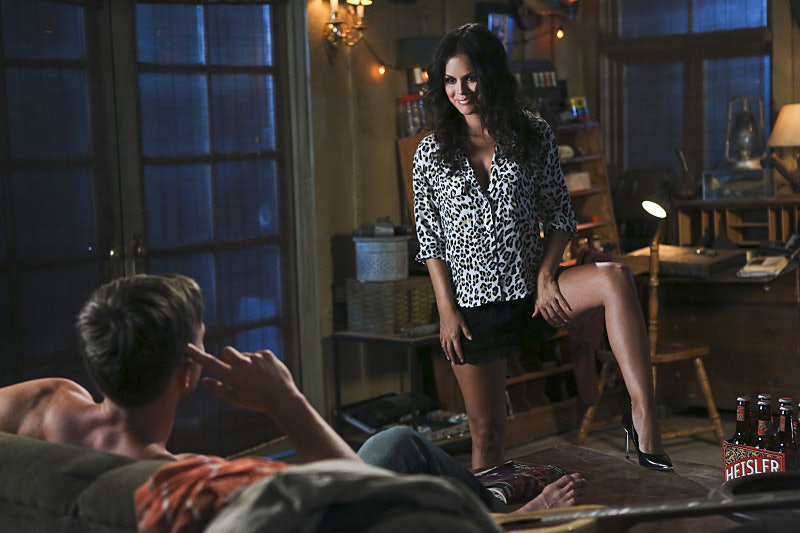 After three 22-episode seasons, Hart of Dixie is shaking things up for what might be its farewell season. Zoe Hart and the other Bluebellians are finally returning to The CW when Hart of Dixie Season 4 premieres December 15. When the denizens of the small-town Alabama community left us in May, so many questions were left unanswered and fans are officially itching to find out what will happen between Wade Kinsella and our favorite female doctor, but first, we should probably recap Hart of Dixie Season 3.

After all, the only bright side to this fourth season potentially being Hart of Dixie's final season is that the show will have no choice but to give us a little closure in the relationships department. But to fully appreciate and savor every moment of the conclusive episodes, I think a refresher is in order.

Executive producer Leila Gerstein told E! Online that the writers are on a mission to jam-pack more drama than you can imagine into only 10 episodes and since a lot of hearts broke when Wade was about to leave Bluebell, only to stay and become more of a catch than he already was, you'd better be up on your HoD history. Still, Wade wasn't the only character who had some major moments last season — each of the major players had plot points that definitely deserve revisiting before we can move on.

After months in New York, Zoe came to her senses and went back to Bluebell, but she wasn't alone. Joel Stevens was under the impression that Zoe's unfinished business in Bluebell was her father's practice — but it was Wade. Joel came back for like a minute, but he has a girlfriend and he and Zoe were always just better as friends. Wade's fleeting bromance with the accomplished writer was cute, though.

Wade The World’s Most Perfect Boyfriend... To The Wrong Girl

As much as she didn't want to believe it, Zoe's relationship with Wade changed him for the better. Early on, Wade pretended he was in a romantic relationship with Lemon until he actually found one with Zoe's cousin Vivian. Zoe can pretend she didn't notice or care, but the way Wade acted with Vivian was everything a girl could hope for in an adult relationship. He was the ideal balance of romantic and playful and was the perfect father figure for Vivian's son.

George had the most interesting season as far as relationships go. At first, he went AWOL and returned in less-than-ideal condition. Next, he went a little girl crazy, looking to Lynley Hayes and Tansy as his bandaids. Then, in the final episode of the season he realizes his love for Lemon. The two had an accidental sexual encounter that he couldn't get out of his mind and it turned into serious feelings that he's on a mission to confess.

Something about dating Lavon and going against her best friend's wishes to be friends with Zoe moved Annabeth up a few pegs on my favorite characters list. She took total control when Lemon shunned the Belles and was stronger than most girls would be when she ended things with Lavon. Davis Polk was right to fall in love with her even if she couldn't return the favor.

Lavon couldn't tell Annabeth that she's the love of his life because he's still under the impression that Lemon is. In Lemon's defense, she became kind of awesome in Season 3, too, and definitely deserves a happy ending — but it's not with Lavon. That was so first season. He almost proposed once already, and all of a sudden he's not into marriage? I say he ends up with A.B.

Magnolia caused all sorts of trouble last season to the point of having to send her to live with the Breeland sisters' manipulative, conniving grandmother. She wasn't in Bluebell a whole lot and was shocked to find herself jealous of her nerdy classmate when she came back. With Brick's love life currently in limbo, he's allowing Rose to shadow him at work — which is great for Rose's character but not so ideal for Magnolia.

Well, at least they found a happy medium. Lemon finally grew up a little last season and accepted that she and Zoe actually have a lot in common. It's no wonder George fell in love with both of them. They'll never be best friends, but they've managed to give each other the best advice as far as their personal lives go and that'll be important in the near future.

In Epic Fashion, Zoe Vowed Never to Give Up on Wade

Like most of you, I've been a major "Zade" fan since their initial quickie early in the first season and that is not about to end. Sure, she and George were cute and I loved every minute of his leaving Lemon for Zoe, but this is where she belongs. Golly, Zoe, took you long enough to realize it! Wade claims he didn't stay for her, but we all know our favorite Monday-night love story isn't over just yet. HOD's writers would find a lot of angry, disappointed, heart-broken fans if the series ended otherwise.

More like this
Watch 'Drag Race' Queens Get New Drag Names In This Exclusive 'iCarly' Video
By Jake Viswanath
Everything To Know About The Possibility Of 'The Essex Serpent' Season 2
By Rachel Mantock
'Who Killed Sara?' Won’t Return For Season 4
By Brad Witter
ITV’s 'Grace' Will Likely Return for A Third Season — & Many More After That
By El Hunt
Get Even More From Bustle — Sign Up For The Newsletter