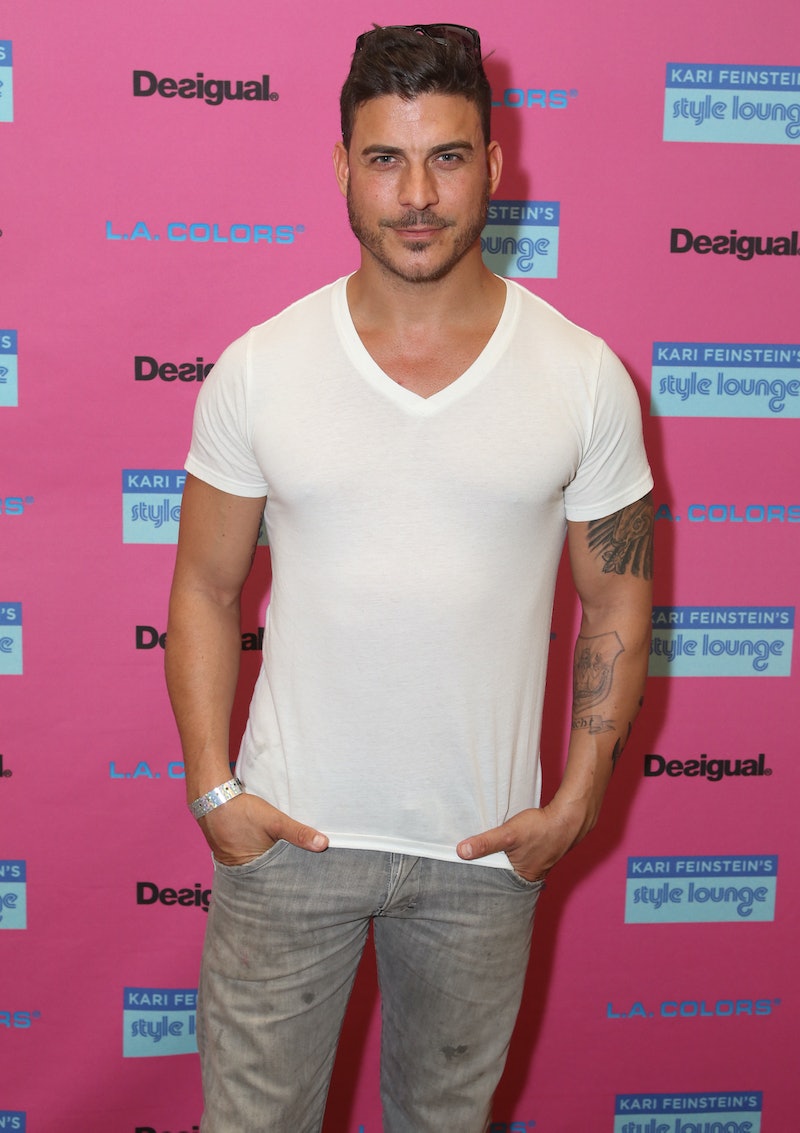 New nose, new Jax? I don't know if I would go that far, since Vanderpump Rules makes Jax seem as if he hits on any woman that walks into SUR, but there is a good chance that Jax might actually be single this holiday season. It's been a rough couple of seasons for Jax's personal life on Vanderpump Rules, as he has been called a cheater (he was), a liar (he was), and a two-timer (...he was). One thing you can't call this guy? Not committed, since he's tattooed at least two women's names on his body since the show premiered. But now that both of those women are no longer dating — and probably aren't speaking to — SUR's favorite bartender, I have to wonder, is Jax Taylor single? It certainly seems that way.

Through the seasons I've been conflicted with Jax's relationship status. Maybe if he had a girlfriend he truly cared about, he wouldn't make the same mistakes of lying, cheating, and screwing her over. Then again, maybe he just needs some Jax time, you know, to do his own thing. That could be what he is doing now, since after an intense social media stalk, there weren't any traces of a serious girlfriend on Jax's accounts.

This doesn't mean that Jax isn't dating someone. In fact, maybe she is so special that he is keeping her out of the public eye and respecting her privacy from adoring fans of his. Maybe, or maybe not. While he could be — and probably is — dating casually now, no one seems to be stepping up to the plate as his monogamous GF, instead, it seems he's been the fifth wheel (sometimes seventh wheel, but who's counting?) in a few SUR situations recently.

Here, we see that Jax isn't including a lady friend for himself in Coachella house procurement. You've got Tom Sandoval and his girlfriend Ariana, Katie and Tom Schwartz, and newlyweds Scheana Marie and Shay. And then there's Jax. The only two "babies" Jax seems to have been 'gramming recently are these two fine looking pups.

But don't fear for him. He knows what to look for in a girl, and the right one will come along soon.

If Jax isn't dating anyone, I hope he revisits the nurse that helped him after his nose surgery. That seemed to be a real connection, right? He just needs to be coming down from anesthesia at all times for it to work. Good luck, you two!