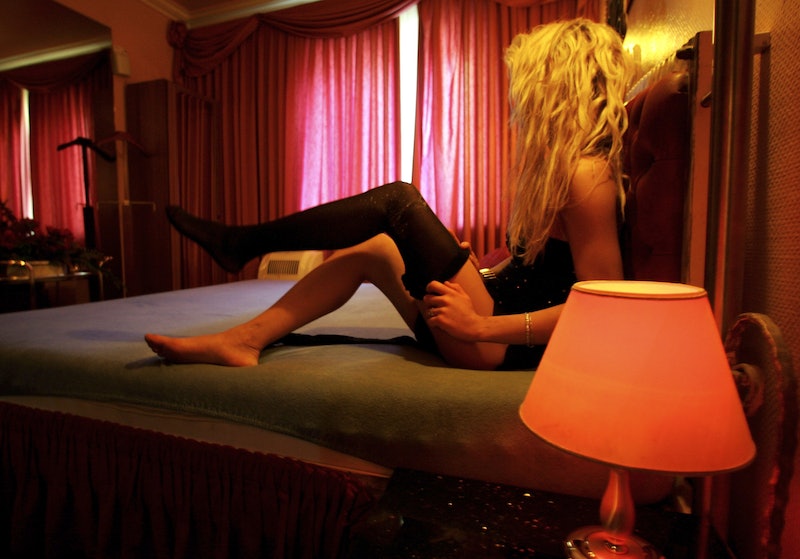 Female sexuality is still shrouded in mystery amongst the general population, despite innovations like feminism and, you know, science. Enter Buzzfeed's video, "7 Untrue Facts About Women You Probably Believe," which is here to help rid you of some dangerous misinformation on women's brains and bodies. If you already happen to be fully enlightened about how female anatomy functions, congrats, you're one step ahead of the game. Unfortunately, there are way too many people of all genders who believe these so-called "facts," which brings us to the importance of this public cervix announcement.

You'd think that because pop culture is so hyper-sexual (hello Rihanna and Miley Cyrus et al) that we'd put a higher premium on the pleasure of women. That's the frustrating paradox, however, as female sexuality is too often viewed as something to be performed for the sole purpose of male enjoyment, even though we have so many representations of it at our fingertips on a daily basis. Add to that a pretty spotty sex education system, and we're not even learning the basics of our bodies.

There is hope, though. Shows like Masters of Sex are opening up an important dialogue about female sexuality, and there's always good old WebMD and videos like this one. And speaking of these "untrue facts," I'll admit I didn't know you could get pregnant during your period until quite recently, so even the most dedicated sex positive feminists can use a tip or two.

More like this
Rihanna Is A Mom Now After Giving Birth To Her First Baby With A$AP Rocky
By Ananya Panchal and Jake Viswanath
Rihanna Wore A Sparkling Lingerie Look For Date Night With A$AP Rocky
By Allie Fasanella
Your Moon Sign, Explained
By Nina Kahn
Please Respect Mia Khalifa’s Rebrand
By Charlotte Shane
Get Even More From Bustle — Sign Up For The Newsletter