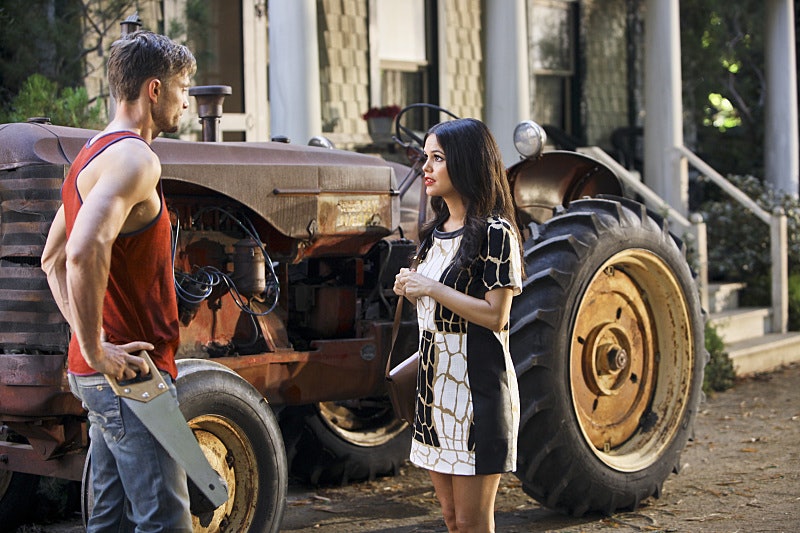 The doctor is in, the doctor is in! Hart of Dixie finally returns to The CW Dec. 15 and the creators are determined not to disappoint, so you'd be forgiven for seeking out ways to stream Hart of Dixie online. Ten brand new episodes will make up what is bound to be an extremely fun-filled fourth season of the quirky southern dramedy. Since the Bluebellians aren't sure whether this will be their final season, in an interview with TVLine, executive producer Leila Gerstein vowed to give each Hart of Dixie characters some closure before this season's end. The hour-long episodes are not to be missed because any outcome is possible — but in case some aliens drop into your home and steal all of your cable boxes, don't fret. These country boys and southern belles will be all over the Internet for your viewing pleasure.

Without knowing whether HOD will be back for a fifth season (and the fourth being the shortest season yet), these next ten episodes will be the most crucial ten hours of the series so far. Gerstein told E! Online that each of the characters will be left with room for more drama in the event of a fifth season, but for the most part Season 4 will tie up every loose end that still exists. The good news is, if you get lazy, forget to record the show, and don't have On Demand, these are some of the options you have to get caught up this season.

The CW's official site allows you to watch full-length episodes plus various extras and behind the scenes clips that are completely necessary to anyone with a HOD obsession. The episodes don't go live on the site until after midnight the day it airs, but it's free and there's a reason you couldn't watch it on time anyway, right? The only downfall to this option is the commercials, but hey, it's the price we pay for George and Wade.

If you don’t have cable or DVR, then iTunes might be the way to go. Hart of Dixie episodes are available to purchase for only $2.99 each on iTunes. Although, if you think you’re going to be watching all 10 episodes online, then you can also buy a season pass for $24.99. This is actually a better option than you'd think, because HOD will be available to you 24/7 on your computer and your iPhone. (Commuting could be a much happier time with a little Zade action, right?)

Through Amazon Instant Video, Zoe Hart fans can purchase episodes of Hart of Dixie as they become available (aka past seasons and future episodes once they air on The CW). Similar to iTunes, individual episodes are available for $2.99 or you can purchase full seasons for $39.99.

Hulu Plus is another great option for HOD lovers, since it also has random clips and a behind the scenes interviews for you to watch. However, Hulu might be a last resort for most viewers because you'd have to subscribe — and that's no fun unless you have other Hulu shows to watch besides HOD. Subscribe at your own risk because full episodes aren'y available until 8 days after its initial broadcast and — take it from me — the agony of waiting is brutal.

If this season is the one you were planning on purchasing online, then steer clear of your Netflix. Netflix has every other season of HOD if you feel like revisiting, but the fourth season won't stream until at least one month before Season 5. (If there is a Season 5.)

More like this
'Bosch: Legacy 'Is Bringing Its Beloved Main Character Back
By Kadin Burnett
8 LGBTQ+ TV Shows & Movies Like 'Heartstopper' To Watch On Netflix
By Alyssa Lapid
Kanye Walked Out Of Kim's 'SNL' Monologue Because Of These 2 Words
By Jake Viswanath
The Time Traveler’s Wife Book Has A Heartbreaking Ending
By K.W. Colyard
Get Even More From Bustle — Sign Up For The Newsletter