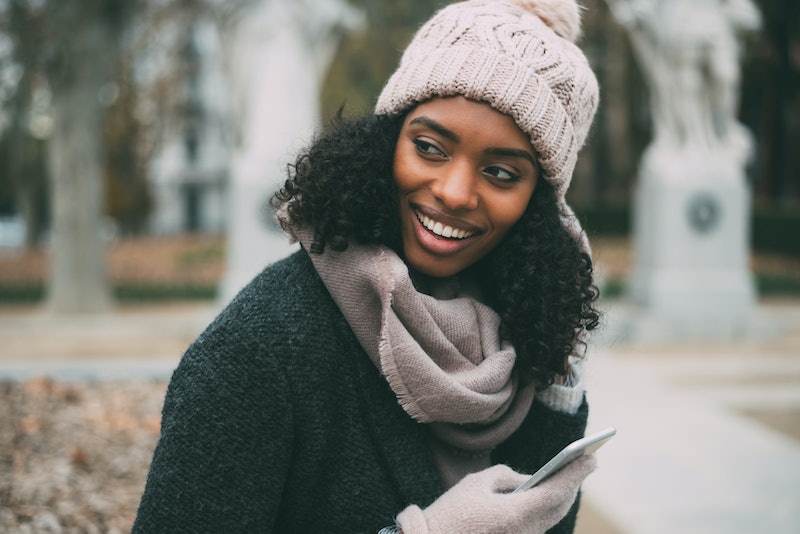 It’s a fact of life that breakups happen, even during the winter holiday season. But is it true that the holiday season is also a major breakup season? According to this infographic from online dating app Clover… well, yes. Or at least, probably. Not to be a downer or anything, but a lot of people certainly do seem to spend December laying the groundwork for moving on. As awful as that might sound, though, just remember that breakups usually happen for the best, right?

Clover analyzed data from 150,000 of its users — and the results are actually pretty surprising. It turns out there’s a whopping 300 percent increase in Clover sign-ups from people who are already in relationships during the month of December; furthermore, 33 percent more women in existing relationships are signing up, in comparison with men. Perhaps most puzzling, though, is this: People who earn less than $60,000 per year are two and a half times more likely to look for a new relationship while still in an existing one. Of course, we don’t know why that is — my guess is that most people making under $60,000 tend to be younger than those making over $60,000, which means they’re probably less inclined to “settle down,” as it were — but it’s an interesting correlation nonetheless. I’d be interested in seeing a follow-up study that probes into the reasons behind the figure.

When it comes to holiday season breakups, there are two kinds of people in this world: Those who think it’s better to do it before the holidays, and those who think it’s better to do it after the holidays. There are pros and cons for each — if you go the “before” route, you get it over with, but you won’t get to spend the holidays with your honey; if you go the “after” one, you won’t mope through them, but you might feel like the entire holiday season was a lie afterwards — but either way, I wouldn’t worry about “ruining” anyone’s holiday. If you think the relationship needs to end, then go with whatever way works best for you.

Check out the full infographic below, and nab Clover for free from the iTunes App store.