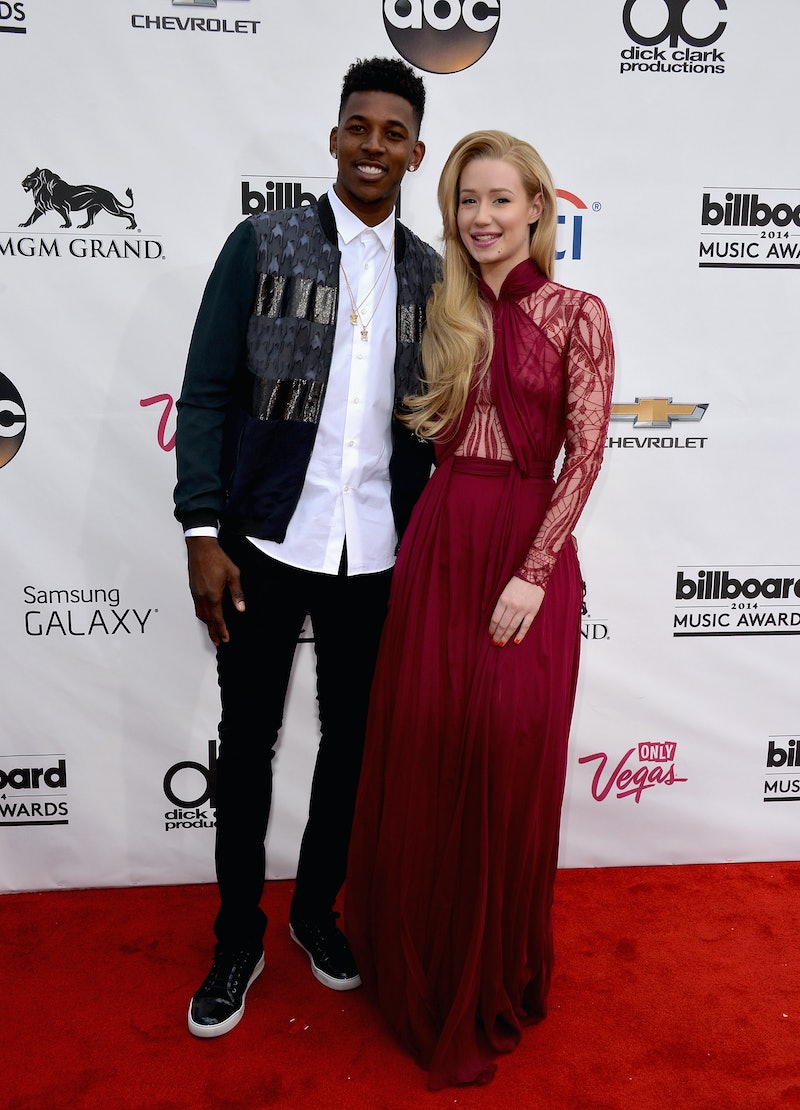 First thing's first, she's the realest. Second thing's second, he's a baller. Together, they're a couple of real ballers, but how did Iggy Azalea meet her boyfriend Nick Young? The award-winning rapper and the LA Lakers player are basically together because of Twitter. Oh, and mutual friends who were eager to play matchmaker.

In September of this year, Azalea, 22, and Young, 29, celebrated their one-year anniversary, which would mean they began dating in September 2013. Their first date was at Target, which I would say bodes well for the longevity of any relationship. But how did it all start? Welp, she was his #WCW. Literally. A profile on Young in GQ confirmed that the athlete originally got Azalea's attention by tweeting a picture of her with the caption #WomanCrushWednesday. Translation: Nick Young's got game, but he doesn't play games. If he likes you, he will tell the Internet.

In an interview with 101.5 Phoenix, Azalea reminisces about this very modern beginning to her romantic tale a bit sheepishly. Luckily, she and Young ran in the same circles, and their friends put in a good word for him. She said:

I think he said he had a crush on me on the Internet and we have a lot of the same friends. Our mutual friends started to say to me "You should meet him! He's actually really nice."

Thinking, "I've heard that a bajillion times before" Azalea scoffed at that idea. Then, they happened to meet up and Azalea found out that he was indeed a really nice dude:

So I ended up meeting him, and he ended up being really nice!

Funny how things work out that way, eh? You just never do know which tweet will turn into romance.

To recap, oversharing plus mutual friends equals true love. Thanks to that algorithm, Azalea and Young will have an adorable story to tell their space-age grandkids, who will no doubt view Twitter and Instagram as quaintly antiquated technology.