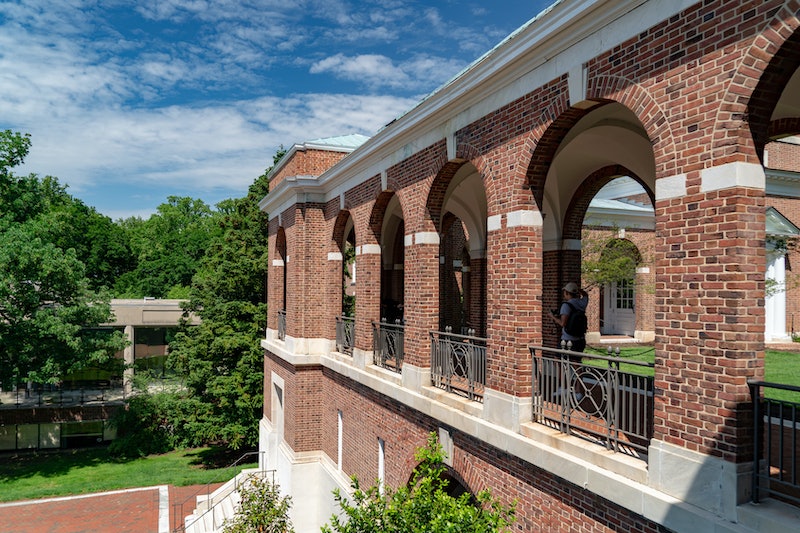 Is there any worse feeling than getting your hopes up, only to have them be crushed to oblivion? Yes, actually. Getting your hopes up after you've already been rejected and were just starting to recover, only to be rejected a second time. That's the roller coaster ride that Johns Hopkins University put its students on this weekend. Johns Hopkins accidentally sent "yes" emails to 294 applicants it had already rejected. Of those students, at least a few of them must have jumped for joy, thinking their denial had been reversed. However, a little over two hours later, the university sent another email that essentially said, "Just kidding!"

The 294 hopefuls had submitted early applications to the esteemed Baltimore school, which released decisions on Friday to let them know they unfortunately didn't make the cut. For some, it wasn't too shocking or disappointing, considering how limited the school's acceptance rate is. They simply picked their heads up and let their dreams of going to Johns Hopkins go. Imagine their surprise, and confusion, when these 294 applicants received a second email on Sunday around 3 p.m. with the subject line, "Embrace the YES!"

The email from the admissions office read:

Dear [student], Welcome to the Class of 2019! We can’t wait for you to get to campus. Until then, as one of the newest members of the family, we hope you’ll show your Blue Jay pride.

Naturally, some of these students thought that their rejection had been a mistake and they renewed their Johns Hopkins dreams with gusto.

For some, it might have been a feeling of such overwhelming joy that it could only be compared to that one time when they were 8 and they won a year's supply of Twix in a local contest.

Many deflated egos were reinflated and many probably did a victory dance while shouting, "I will never doubt my awesomeness ever again!"

This elation was short-lived, however, because at approximately 5:30 p.m., the admissions office sent out another email. This one read:

The decision posted on the decision site reflects the accurate result of your Early Decision application. We regret this technical mistake and any confusion it may have caused.

In other words, that happy email you just got? Yeah, that wasn't meant for you. What? Not even a "Our bad!"?

Some hopefuls might have just stood there, in pure disbelief, unable to even, straining hard to summon an ounce of strength to even.

When the reality eventually set in, they realized that, yes, they had been rejected from Johns Hopkins twice.

Who knows how many parents were accidentally elbowed in the face when trying to restrain their teens from throwing their computers against the wall?

And when the dust settles, these poor applicants were just really, really sad.

David Phillips, vice provost for admissions and financial aid at Johns Hopkins, issued an apology to the twice-rejected applicants.

We apologize to the students affected and to their families. Admissions decision days are stressful enough. We very much regret having added to the disappointment felt by a group of very capable and hardworking students, especially ones who were so committed to the idea of attending Johns Hopkins that they applied early decision.

While the apology feels sincere and was certainly warranted, is it enough to reverse the trauma of the two-time rejection? One student named Sam told the Washington Post:

The first time when I got rejected, it wasn’t nearly as bad as the second time.

More like this
The Families Of Grenfell Tower Are Still Waiting For Justice, Five Years On
By Bustle UK
The Most Powerful Photos From The Weekend’s Abortion Rights Protests
By Melanie Mignucci
Why You're Seeing Green Bandanas At Abortion Rights Protests
By Lexi Inks
5 Ways To Stand In Solidarity With Women In America From The UK
By Sophie McEvoy
Get Even More From Bustle — Sign Up For The Newsletter