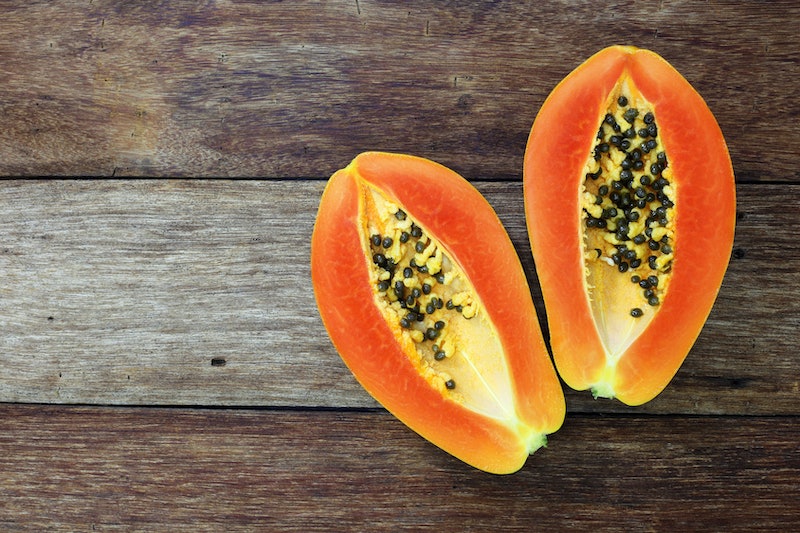 If you're reading this right now, odds are good that you have a clitoris. The odds are also good that you've wondered why your clitoris is placed where it is. And by "wondered," I mean "possibly bemoaned it as a cruel evolutionary joke while rending your garments and cursing at the sky."

Of course, when we say clitoris, we're actually talking about the glans of the clitoris — the whole clitoris is actually a large internal organ, one that kind of wraps internally around the vagina like a big loop, and is considered to be responsible for what were once thought to be "vaginal orgasms." What we conversationally discuss as the clitoris in our day-to-day lives would be more accurately described as the "external clitoris." Situated a little above the opening to the vagina, this highly sensitive little bud is basically your sexual pleasure command center.

Knowing this anatomical information is all well and good, but it still doesn't provide any answers for the hard questions, like: why is my external clitoris so close, yet so far, from my vaginal opening, making it difficult for it to be directly stimulated during penis-meets-vagina intercourse? Especially since the clitoris is an organ that exists purely for orgasmic pleasure, and scientists have found that women with clitorises located closer to their vaginal openings are more likely to orgasm frequently? Especially since cats and other mammals get to have clitorises inside their vaginal openings? Why them and not us?! Why would the same universe that helped chimps evolve opposable thumbs give us automatic pleasure buttons located almost but not quite in the optimal spot? When it comes to the clit, millimeters can feel like miles. In the name of Neil deGrasse Tyson, why?!

Well, if you were hoping that there was a clear answer about why the clitoris is located where it is — that there were some hard facts that I could just hammer home, over and over and over again, until you almost couldn't stand it any more, and just oh please Jesus do not stop hammering those facts DO NOT STOP...well, then, unfortunately, you're out of luck. The clitoris is notoriously under-studied by researchers — scientists only fully mapped out the internal depths of the clitoris in the late '90s' / 00's — and, to throw some super-scientific terminology at you, no one seems to have any idea why the hell the clitoris is located where it is.

But people have a couple guesses as to why our lil' lady in a boat ended up dropping anchor where she did! Here are two of the predominant theories.

Because It's Just the Tip

If you check out some of these very cool computer graphic renderings of the internal portions of the clitoris, you'll see that it surrounds the vagina, almost like a band. So, the external clitoris isn't just a randomly placed nubbin — it's part of a system designed to also be accessible (to some extent) through the walls of the vagina.

Taking this view of the complete clitoris, the external clitoris isn't a randomly-placed orgasm button — it's simply the external portion of the clitoral system, which pops out where it does due to the internal portion's placement. Of course, this is little comfort while you're trying to stimulate your clitoris while having penis-in-vagina intercourse, which is basically as difficult as carrying four cups of coffee across a street without spilling any. And scientists still aren't sure what biological purpose the female orgasm even serves, since it isn't needed for conception. Perhaps because the mere chance that the orgasm-triggering clit might be brushed during baby making creates motivation to bone and therefore potentially reproduce? Let me tell you, my vibrator brushes the thing better than intercourse does.

Because It Could Have Been a Penis

Of course, some people believe that it's hard to stimulate a clitoris during penis-in-vagina intercourse because it's not technically even supposed to be there. Dr. Elizabeth Lloyd, a biology professor and philosopher, wrote a controversial book a decade ago called The Case of the Female Orgasm: Bias in the Science of Evolution, which postulated that clitorises are basically vestigial.

When we're fetuses in the womb, before our bodies commit to developing one specific set of plumbing, the groundwork is laid for both options — this is why men have nipples, and, according to Lloyd, why women have clitorises and orgasms. Lloyd postulated that clitorises develop into penises in fetuses that become male, and are just kind of there on fetuses that become female, hanging out on the spot on the body where Mother Nature gave up on them. That's why they're similar in some ways to male penile glans.

She hasn't weighed in on any of the recent scientific developments in clitoral research, so I don't know if all this research about the internal clitoris — which scientists say is not an exact parallel of the male sexual system — has changed her mind. But in this theory, too, the answer is just that the clitoris is where it is for no advantageous evolutionary reason at all — and in fact, we are lucky we got clitorises (clitori??) at all.

I personally hate this theory. It seems to indicate that, not only is nature not prioritizing female pleasure, but that it only granted us possession of our pleasure centers because there was a chance that our little zygote-selves could have become BOYS, and boys NEED the ability to orgasm. Ergo female orgasms are nature's accident or afterthought.

No one is 100 percent sure why your clitoris is where it is. But for those of you bemoaning that we humans are cursed with ungainly external clitorises instead of cool clitorises placed at our vaginal opening like cats and pigs, you can at least be psyched that you are not a hyena. An adult hyena's clitoris is about seven inches long, and she has sex and gives birth through it. You would think that would make it sturdy and easy to access, but no — the clitorises get torn nearly to shreds while delivering two-pound hyena cubs, and female hyenas and their male partners can sometimes require months of practice just to figure out how to get it on. So, you know, no matter how annoying it is to try to click your mouse while doing it doggy style, rest assured that at least someone (or some hyena) has it worse than you.