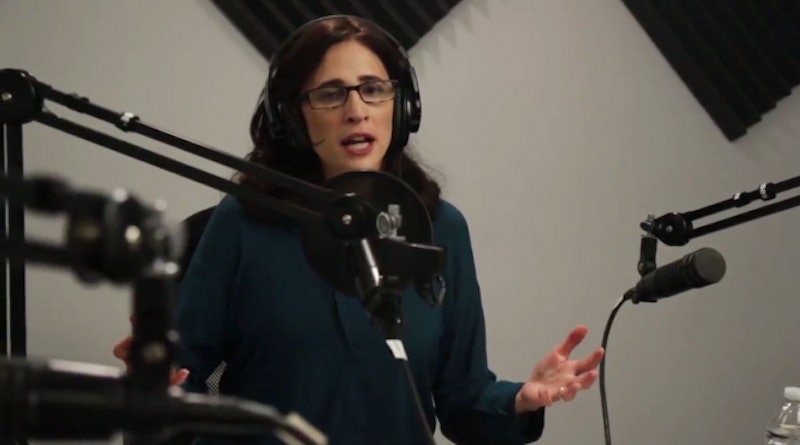 I have a confession to make: I have not yet listened to Serial. But I've met enough of you Serial fans out in the wild that I am able to safely make a few assumptions about the lot of you. First is that you're really obsessed with this podcast (to the point where we all enjoyed a hearty laugh screwing with people on Tinder with it); second is that your theories involving it are getting elaborate and farfetched enough that the CIA has probably started monitoring all your houses; and third is that you would be very, very upset if the finale were anything like Funny or Die's idea of the final spisode of Serial .

Although you may not remember a time when Serial didn't exist, it's only been in (okay, owning) our lives since October when creator and co-producer Sarah Koenig launched the podcast which explores the mysterious 1999 murder of Hae Min Lee, an 17-year-old Baltimore high schooler. The spin-off of popular podcast This American Life rapidly gained a cult following, which is how I know that you all have the same question rattling in your brains like aggressive, sentient marbles: Did Adnan really kill Hae? Did Jay? Did someone else entirely do it? And most importantly, will we really ever know for sure?

This Funny or Die sketch depicts our host Koenig hosting the final episode (DUE IN LESS THAN 24 HOURS, BE STRONG) in what I imagine is a Serial fan's worst nightmare. She just plain doesn't know who did it. She rings up her bros Adnan and Jay, who are, as you can imagine, pleading innocent and expertly skirting her calls. I think this quote is the one that says it all: "What do you WANT? I do a podcast, it was supposed to be for four people. Do you think if I thought this was going to be anything I would have had MailChimp sponsor us?"

At least we do finally get confirmation of the murderer in this sketch—and true to Serial form, it has a plot twist nobody was expecting: