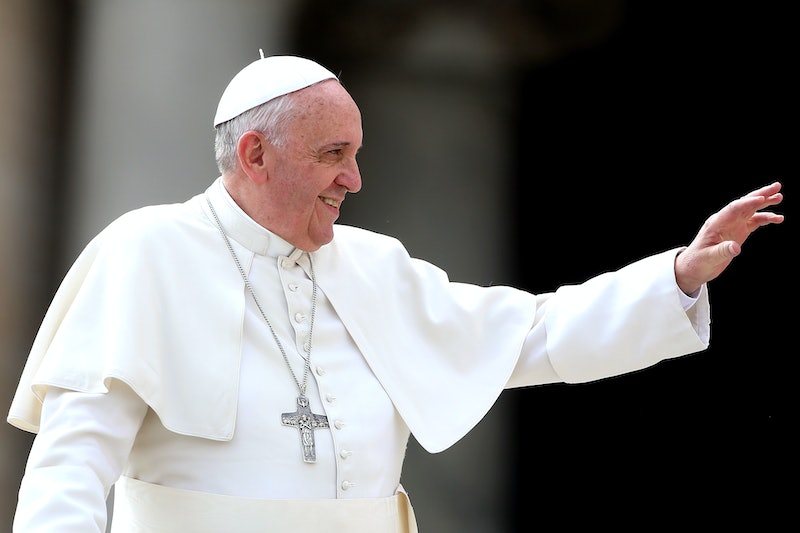 The U.S-Cuba breakthrough on Wednesday, following decades of what President Obama called "a failed policy," signaled a new chapter of the U.S.' historically-estranged relations with its Southern neighbors. While somewhat surprising in itself, the announcement was further made remarkable by the revelation that Pope Francis was deeply involved in the U.S-Cuba deal.

Playing a key role in the talks, the Pope reportedly initiated the first move by writing a personal letter to both Obama and Raul Castro last summer, pleading for the two nations to resolve their differences after decades of bad blood, which, since the Soviet Union's fall at the turn of the century, appeared more and more an irrational inflexibility on both sides. The Vatican, in a statement congratulating both countries on Wednesday, said the Pope had asked both leaders:

To resolve humanitarian questions of common interest, including the situation of certain prisoners, in order to initiate a new phase in relations.

A Vatican spokesperson declined to detail anything else in the letters, but it's clear that the Pope was a vital component to the talks. In October, the Vatican played host to U.S. and Cuban delegations who discussed, among other things, Alan Gross' release and the new U.S.-Cuban trade policy, according to CNN.

Both countries sought out the Vatican as a broker, reported the New York Times. Although he isn't the first pope who attempted to facilitate a conversation between the U.S. and Cuba — Pope John Paul II and Pope Benedict XVI were in contact with Cuba and both have criticized the American embargo — the deal, timely as it is, proved Francis' determination in pushing for reconciliation. Considering his cultural background, the breakthrough is also important for Pope Francis as the first Latin American pope.

This isn't the Pope's first foray into the murky, egotistically-fragile world of foreign policy. While en route to South Korea in August, he reached out to the Chinese president, Xi JinPing, as the papal plane cruised over China at an altitude of 30,000 feet. Although it is Vatican protocol to send a greeting to the countries it travels across, the telegram carried historic weight as diplomatic ties between China and the Vatican have been non-existent since 1951, following Mao ZeDong's rise to power.

In September 2013, Pope Francis wrote a letter to Russian badboy president Vladimir Putin, host of the G-20 summit meeting, urging world leaders to oppose a military intervention in Syria. The Pope had previously expressed concern about civil war-torn country and its people.

And in other efforts at brokering peace between nations, Francis also attempted to wade into the volatile affairs of the Middle East, when in June this year, he held an unprecedented "prayer meeting" with Israeli President Shimon Peres and Palestinian President Mahmoud Abbas at the Vatican. The prayer was carried out in the hopes that negotiations to end the conflict between Israelis and Palestinians could be kick-started again. While the meeting was more symbolic than practical, it did suggest the ability to change public opinion on the conflict and put pressure on authorities from both sides to make moves toward resolution.

Of course, dissenting voices against the new Cuba-U.S. deal remain. Sen. Marco Rubio of Florida, a Catholic and Cuban-American who is opposed to normalizing relations with Cuba, criticized Francis for his role in the deal, saying he would ask the Pope to take up the cause of "freedom and democracy." He questioned if His Holiness considered whether:

[T]he people of Cuba deserve to have the same chances at Democracy as the people of Argentina have had, where he’s from.