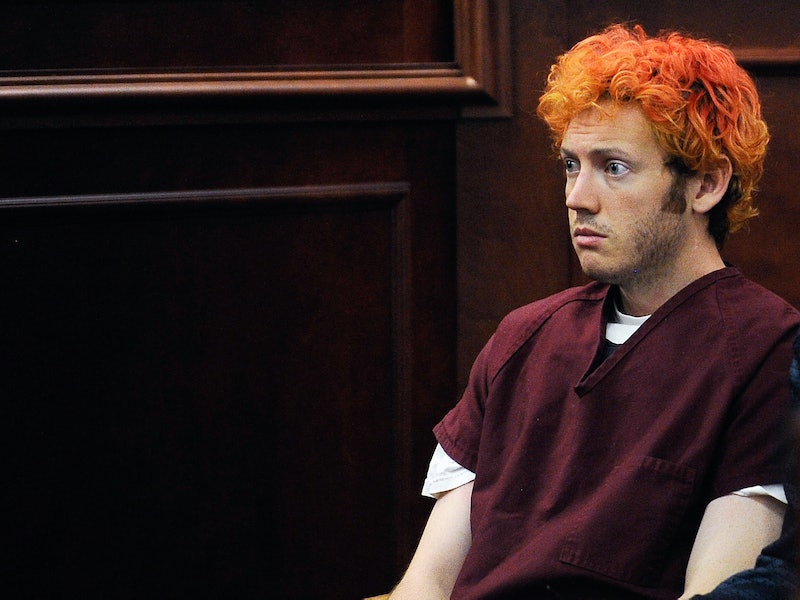 The July 20, 2012 shooting inside an Aurora, Colorado movie theater that killed 12 people and injured dozens is one of the most gruesome mass shootings in American history. Two people who haven't gone a day since then without reliving the nightmare are Robert and Arlene Holmes, the parents of the shooter, James Holmes. Jury selection for James' trial begins in late January next year, and now his parents are making an emotional statement on their son's behalf. James Holmes' parents wrote an open letter pleading to have their son be spared of the death penalty — which is what prosecutors are seeking — emphasizing their son's severe mental illness.

They're hoping, at the very least, that James will get life in prison instead of execution.

Last week, 9,000 jury summonses were sent out for the James Holmes trial, which is the most Colorado has ever seen for a criminal case. Out of the 9,000, the court needs to select 24 eligible jurors — 12 jurors and 12 alternates. Sifting through that many people to choose 24 qualifying jurors, ones who would not be staunchly opposed to the death penalty will surely be a lengthy and labor-intensive process. It's a process that Robert and Arlene are hoping to avoid.

One of the main arguments they make in their letter, which was obtained by the Denver Post, is that a lengthy trial "will cause everyone to relive those horrible moments in time, causing additional trauma." By sentencing James to an institution, or even life in prison, there would be no need for such a trial.

Another main point in the letter is their son's mental illness. The Holmeses write:

Our son pleaded not guilty by reason of insanity to the charges associated with these shootings. Defense attorneys for our son first stated in open court in May 2013 that James was diagnosed in Colorado with a serious mental illness.

They also point out that the events of July 20, 2012 are an isolated incident.

Prior to July 20, 2012, he never harmed anyone and he had no criminal history.... But we are aware of people's sentiments. We have read postings on the Internet that have likened him to a monster. He is not a monster. He is a human being gripped by a severe mental illness.

Because of his mental illness, they stress a mental institution would be the best place for their son.

We understand that if our son is found not guilty by reason of insanity, he could go to an institution that provides treatment for the mentally ill for the remainder of his life. This result would prevent any future harm to him and others.... We believe that the death penalty is morally wrong, especially when the condemned is mentally ill.

But if that's not possible, then James's parents urge the prosecutors to consider life in prison.

In the criminal justice system, the prosecution and defense can agree to a sentence of life in prison, without parole, in exchange for a guilty plea. If that happened, our son would be in prison the rest of his life, but no one would have to relive those horrible events at a trial the media has permission to televise.

Ultimately, they say, it would be desirable for everyone if a long and high-profile trial can be avoided. It's impossible to imagine how the victims' families must feel, but for Robert and Arlene, they haven't gone one day without thinking about the people their son hurt two years ago.

As the parents of James Holmes, we have spent every moment for more than two years thinking about those who were injured, and the families and friends of the deceased who were killed, in the theater shooting in Aurora. We are always praying for everyone in Aurora. We wish that July 20, 2012, never happened.