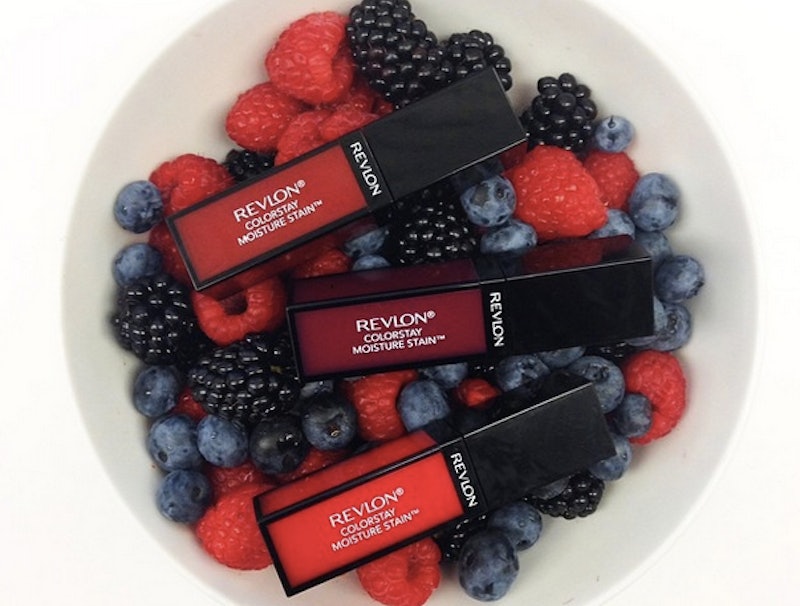 You probably don't love the idea of formaldehyde on your face, right? Well, according to Time, neither does anyone else, really. More than 100,000 consumers signed a petition launched by the Environmental Working Group (EWG) urging Revlon cosmetics to remove dangerous chemicals as ingredients from their products. The chemicals in question: two long-chain parabens and a formaldehyde-releasing chemical. Specifically, DMDM Hydantoin, Quaternium 15, Butylparaben, Isopropylparaben, Isobutylparaben and Propylparaben. And, what do you know! Revlon responded. Good on you, Revlon!

The petition titled, "Tell Revlon and L'Oreal to stop using dangerous ingredients!," read as follows: "Right now, cosmetics companies can put just about anything in their products — even chemicals associated with cancer and endocrine disruption. EWG thinks this is downright dangerous. Many companies are reformulating their products to remove formaldehyde-releasing preservatives, like DMDM Hydantoin and Quaternium-15, and four parabens linked to endocrine disruption. But Revlon and L'Oreal are sticking with their formulations and leaving their customers at risk."

Revlon responded to the petition, stating that they'd be removing isobutylparaben, isopropylparaben and DMDM hydantoin from their ingredients, as well as reformatting a product that contained butylparaben. That's a whole lot of big science words, but basically, removing them is a good thing.

As the petition stated, a majority of big companies are reformulating their old products in favor of all-natural, chemical-free or organic alternatives. In addition, more companies are being born out of this movement, such as Beautycounter or Honest Company. For those reasons, it's becoming even more urgent that major beauty brands, like Revlon, to immediately change the way they're making their products. If not, it will be their loss — there are plenty of safer options for all of us to choose from.