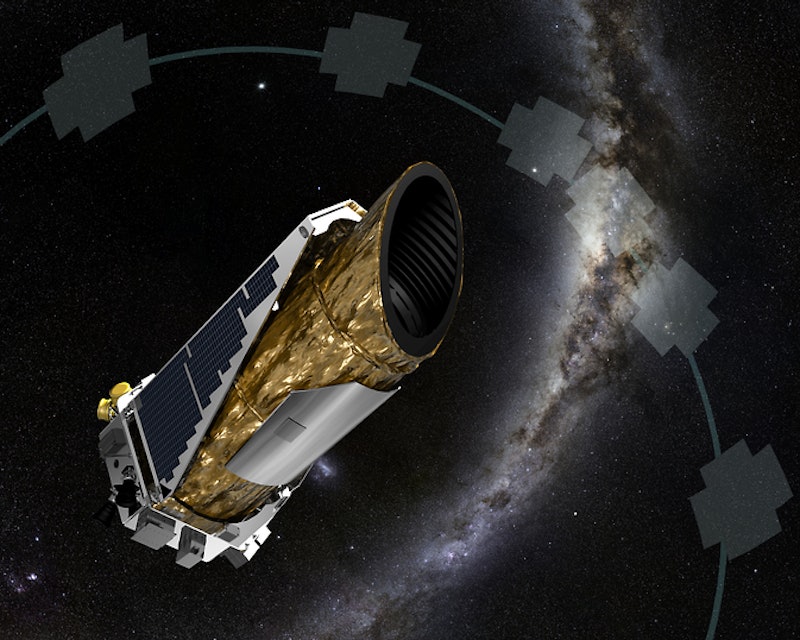 It's the comeback kid of spacecrafts, the vindicated mission beyond Earth, the heartwarming tale of one broken down machine coming back to life in a spectacular way. After it broke down in May 2013, astronomers announced Thursday that NASA's Kepler telescope discovered a new planet, or "Super-Earth," as it's called, thanks to its size — 20,000 miles in diameter, roughly 2.5 times the size of planet Earth and 12 times as massive —180 light years from our own in the Pisces constellation.

Launched in March 2009, Kepler set out on a three-and-a-half-year mission to determine how often Earth-like planets occur around the galaxy. It has been hailed as a success, discovering close to 1,000 confirmed planets — over half of all known alien worlds — and about 3,200 other "candidates," most of which will probably turn out to be actual planets. But its derailment last year threatened its progress — two of the telescope's four wheels malfunctioned, messing up its "pointing," forcing engineers to use sunlight pressure on its solar panels to stabilize the spacecraft.

The Super-Earth, which NASA has since named "HIP 116454b" is unlivable. It circles its host star — which is slightly smaller than our Sun — at a mere 8.4 million miles away, and completes an orbit every 9.1 days.

In a statement released by the Harvard-Smithsonian Center for Astrophysics (CfA), lead researcher of the project and a graduate student of the CfA, Andrew Vanderburg, said:

Like a phoenix rising from the ashes, Kepler has been reborn and is continuing to make discoveries. Even better, the planet it found is ripe for follow-up studies.

Kepler's successes painted a vastly more bountiful picture of the multi-planet solar systems. It has even been able to classify which of these candidates could be habitable. The Verge reported that the spacecraft is also capable of classifying which of these alien planets are habitable by establishing whether they are gaseous, rocky or water-based — crucial factors in determining a planet's life-hosting abilities.

The spacecraft, which cost some $600 million, achieved its wildest success so far in February this year, when NASA unveiled that Kepler had identified 715 new planets — four of which were about twice the size of Earth — that orbit 305 stars.

Its K2 mission, since starting in May this year, has observed more than 35,000 stars and collected data on star clusters, dense star-forming regions, and multiple planetary objects within our solar system, said the NASA statement. is currently on its third campaign, and on its way to — hopefully — uncovering a treasure trove of planets beyond ours.