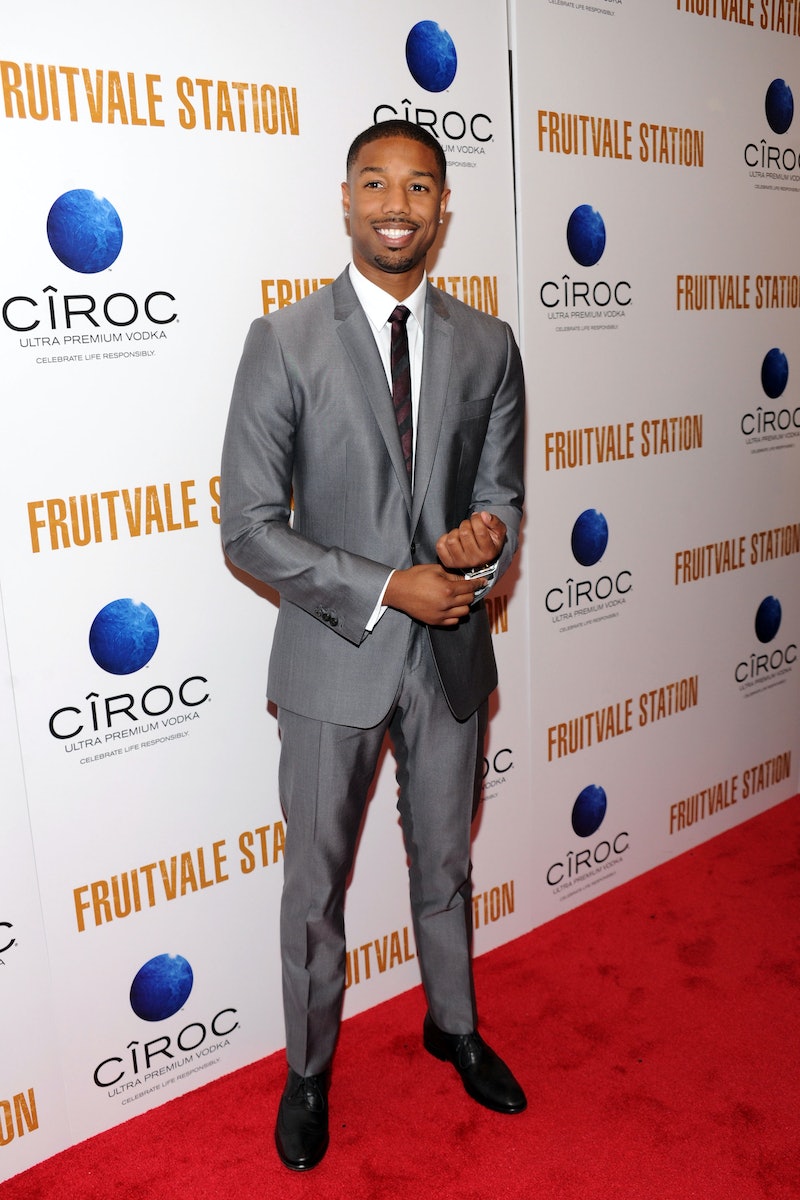 The upcoming Star Wars sequel, happening thanks to Disney buying Lucasfilm early last year, has the potential to be either so amazing it makes up for the lackluster second trilogy or so awful it ruins the entire series. Luckily, there's a casting rumor that if true, could easily push the film into amazing territory. Supposedly, David Oyelowo and Michael B. Jordan, the stars of two of this year's most talked about movies, both had meetings about a potential role in the film, according to Latino Review.

This is amazing news—especially the Michael B. Jordan part. While Oyelowo had an unspecified meeting about a role, Jordan is said to have met with director J.J. Abrams personally. There's no information on whether the two men are up for the same role, but hopefully not, because that would mean Star Wars Episode VII will be more racially diverse than any of its prequels.

Oyelowo can currently be seen in The Butler, the film also starring Forest Whitaker and Oprah Winfrey that has been getting a lot of Oscar buzz. He'd likely do a fine job in the new Star Wars, so if he's really being considered, I wish him luck — but not if its him or Jordan for a single role.

For someone who's 26-years-old, Jordan has already had an extremely impressive career. At just 15, he was on The Wire, which is largely considered to be one of the best TV shows of all time. A few years later he starred in the final two seasons of Friday Night Lights, which actually is one of the best TV shows of all time, and where he helped turn a risky plot-twist into some of the show's best episodes. Since then, he's also had a heart-wrenching stint on Parenthood, starred in the surprise indie hit Chronicle, and most recently, starred in the award-winning Sundance breakout Fruitvale Station. He's widely considered a shoe-in for a Best Actor nomination for the 2014 Oscars.

Now, he might have the chance to add one of the most popular franchise's of all time to that long list of achievements. Of course, he might be doing that anyway, since he's in talks to star in the Rocky sequel Creed as Apollo Creed's grandson. There's also rumors that he's being considered to play the Human Torch in an upcoming Fantastic Four reboot, which would be the first ever racially-blind superhero casting.

Why not add Star Wars? In fact, why not add even more franchises? I'd be very happy to see a future where Jordan is the star of 75 percent of America's biggest movies. I'm sure there's room for him somewhere in The Hunger Games: Mockingjay. Maybe J.K. Rowling can find him a role in Fantastic Beasts and Where to Find Them. Chris Evans went from playing the Human Torch to an Avenger, maybe Jordan can, too.

I guess what I'm saying is, please Hollywood, just keep casting Jordan in things. He has so much to offer. Emotional levity.

Besides, who wouldn't want to see more of this on the big screen?