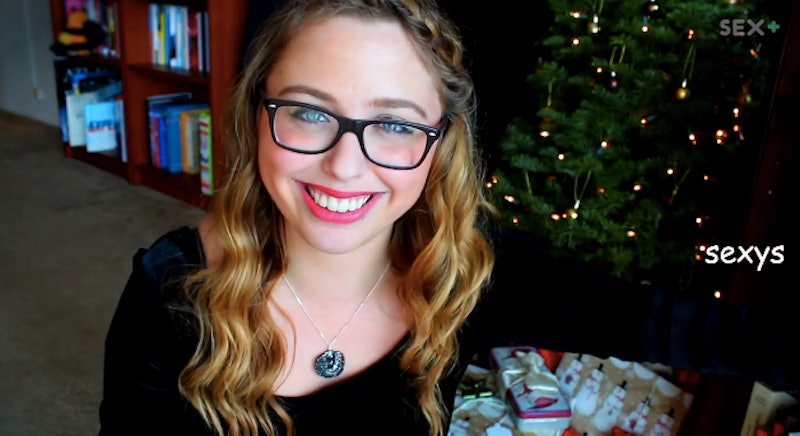 If there is one video that absolutely must be shared amongst your friends, it’s sex activist Laci Green’s “Furries! Haters! Queefs??” from Sex+, her YouTube channel about sexual health and feminism. This new video is a sort of year-end AMA, a selection of questions from commenters and subscribers covering everything from handling internet trolls to queefing during yoga (even Green breaks character and starts giggling while she’s explaining why this happens). Green, as usual, delivers all of her answers in her impossibly adorable but well-informed manner that’s made her one of the Internet’s most approachable advocates for sex positivity.

A great example of Green’s insightful approach to feminism comes with her response to a commenter about her thoughts on chivalry. “In many ways chivalry is just about being polite and respectful, and I think we should do that for everyone regardless of their gender” she says. “If we’re doing it for women just because they’re women, that’s not equality.” And then, like the perfect human she is, she makes farting noise with her mouth.

For those who aren’t familiar, Green also has a new web series called Braless, an MTV-sponsored YouTube channel that covers the intersectionality between pop culture, politics, and feminism. Both are centered around female empowerment and certainly worth a watch if you’re not already subscribed. Check out the Sex+ year ender below:

More like this
5 Ways To Stand In Solidarity With Women In America From The UK
By Sophie McEvoy
How To Fight For Reproductive Rights, Based On How Much Time You Have
By Courtney Young
How Getting An Abortion Has Changed From The ’60s Through Today
By Amanda Chatel
35 Sexy Texts To Send Your Partner
By Griffin Wynne and Carolyn Steber
Get Even More From Bustle — Sign Up For The Newsletter