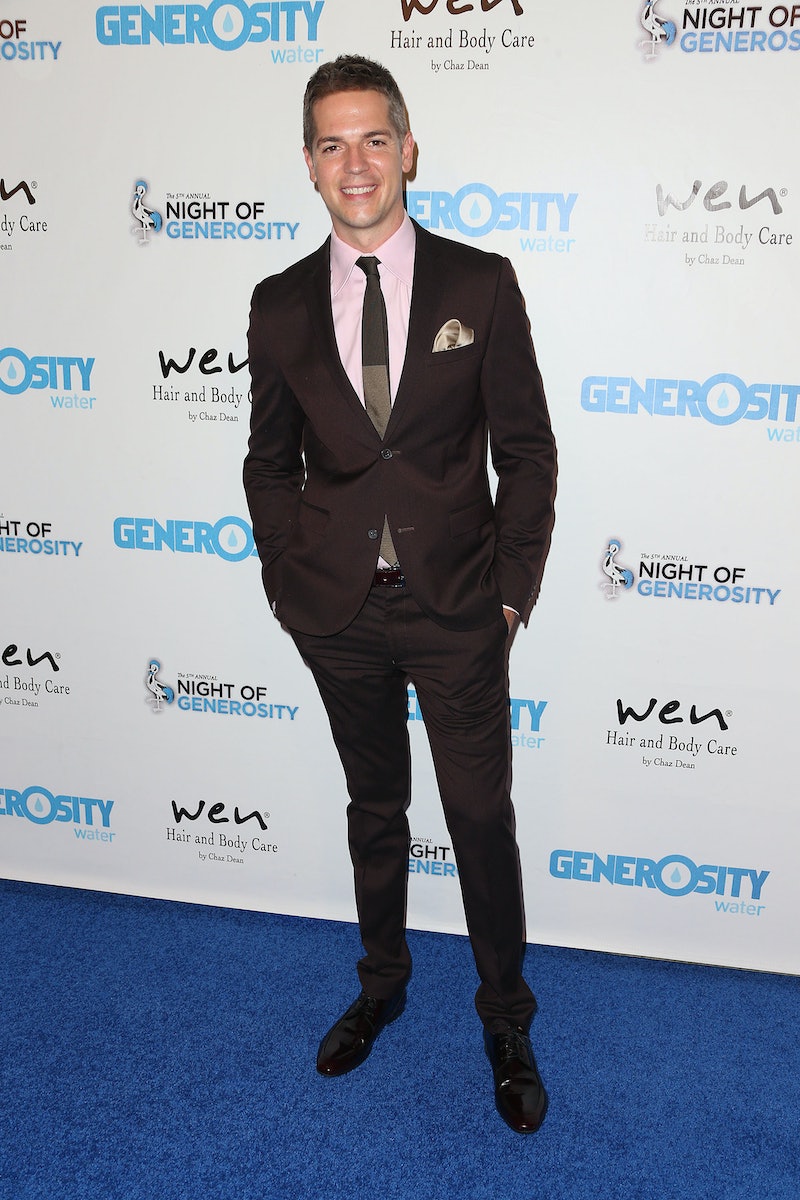 Wedding bells were in the air this holiday season for one E! News host. Jason Kennedy wed his bride Lauren Scruggs on Dec. 12 in Dallas, Texas in a beautiful ceremony in front of their family and friends. But just because you aren't a close personal friend of Kennedy's (or one of his co-worker's at E!) doesn't mean that you can't be part of the fun. E! is airing the special The Kennedy Wedding: Jason and Lauren Get Married on Dec. 22 at 8 p.m., just in case you're getting FOMO from skipping the nuptials. After all, who wouldn't want to attend a Kennedy wedding — right? Is Jason Kennedy one of THE Kennedys?

Jason may be a famous Kennedy with the full name of Robert Jason Kennedy, but he isn't a member of the Kennedy family. The E! host has no relation to the famous clan outside of sharing a moniker. In an interview with the blog Walden Ponders, Kennedy laughs at the suggestion that he was named after another Robert Kennedy, saying that he's named after his own father, and has always gone by his middle name so he wouldn't be confused with his dad. So though Kennedy may mingle with the stars on E!, he's not a member of the so-called "American royal family." (A name that also refers to Beyonce, Jay Z, and Blue Ivy — also not relatives of Kennedy.) So what do we know about Jason Kennedy's past, now that we know that he's not related to the iconic family? Here's a little bit of info about the new groom.

He Attended the University of Miami

OK! Magazine gave him the title in 2008. I am inclined to agree with the statement.

He's Passionate About his Religion

Kennedy is very involved in his Christian religion and even hosts a bible study group. According to Us Weekly, Kennedy's group gathers once a month in a Beverly Hills hotel for "coffee and conversation." Selena Gomez and Vanessa Hudgens have stopped by the Bible study group, as has Justin Bieber, whose own mother is reportedly a regular at the events.

Kennedy was recently featured in a Glamour article titled "Rise of the Good Boy." According to Kennedy, being a "good boy" has paid off significantly — he has his dream career and his dream girl. (Now, his dream wife.) Of other Hollywood "good boys," the E! host has stated that of all of the A-list actors he has interviewed, it's the ones who are the nicest that he finds often are also the most successful. If Kennedy himself is any example, then this seems to be 100 percent correct.