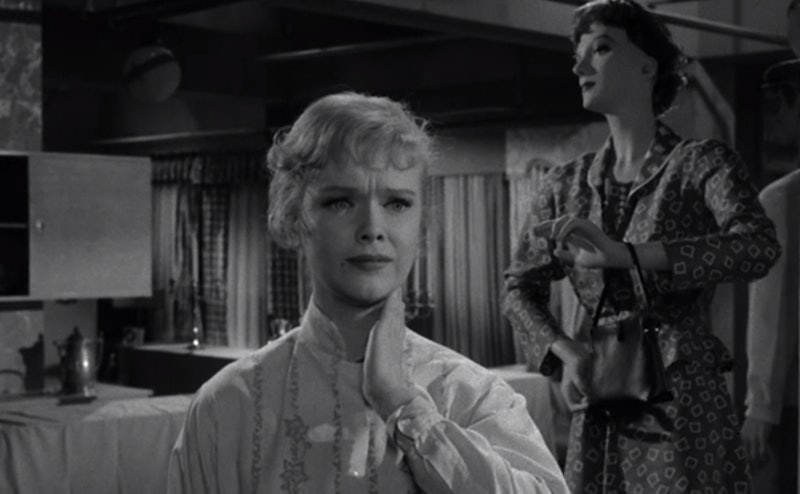 You know that episode of The Twilight Zone where the mannequins come to life? Well, it's about to seem a lot more realistic. "Smart mannequins" featuring electronic implants are coming to a store near you, thanks to a company called Universal Display. And, yes, they're just as eerie as they sound.

According to the New York Times, smart mannequins are designed to communicate with your cellphone, allowing shoppers to "see what a store’s mannequins are wearing, who designed the clothes and how much they cost." The idea came about as a way to help brick-and-mortar retailers compete in a digital world, but I'm not really convinced this is the best plan of action. How hard is it to, you know, walk up to the mannequin and check the price of the item yourself?

Universal Display, which provides mannequins to everybody from Uniqlo to Saks Fifth Avenue, is pretty convinced this is the way of the future. The Times reports that managing director Jonathan Berlin and his partner Adrian Coe actually created an entirely new company, called Iconome, so they could produce their own electronic beacons. Beacons are placed in the mannequins' waists and emit signals which connect to nearby smart phones. So far, the technology has taken off in London and has begun to appear in the United States as well.

I know we're supposed to be all about that tech ('bout that tech) as a society, but I don't get the urge to connect literally everything to your goddamn iPhone. We're already bombarded by advertisements everywhere we go, do we really need our mannequins subliminally communicating with us as well? I participate in activities such as brick-and-mortar shopping in part to unplug. Being glued to your phone the entire time defeats the purpose.