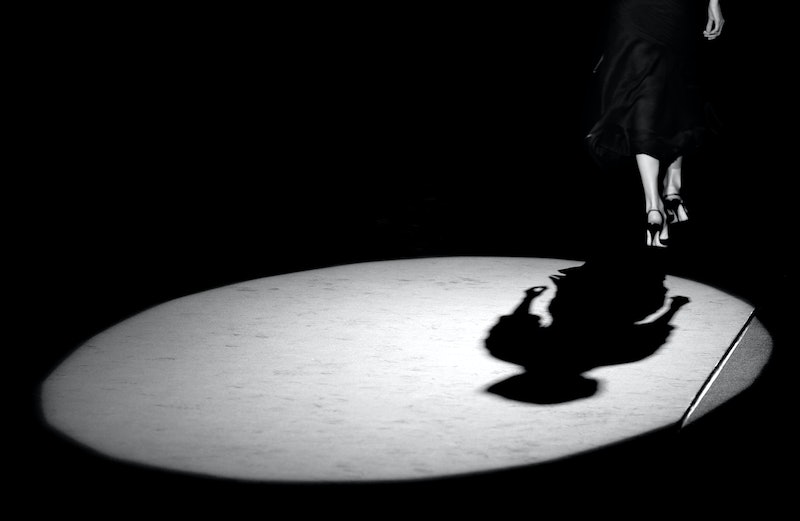 In Almost Famous Women , Megan Mayhew Bergman's new collection of short stories, women overlooked by history are given their moment in the sun: to name a few, the painter Romaine Brooks; Lord Byron’s illegitimate daughter Allegra; Oscar Wilde’s niece Dolly Wilde. Each one was infamous in her time, but their reputations didn’t withstand the fickle tastes of history. Through historical fiction, Bergman presents a series of brief fictionalized portraits, sometimes told in first person, and sometimes from the perspective of an outsider — a nurse, a maid, a lover — as a way to resurrect these under-appreciated figures.

In reading these poignant stories, in which Bergman paints these women as whole and lively, they get their due — a spotlight they never before had. But as I read, I couldn't help but keep coming back to one question: Why does Bergman, and in turn, the reader, feel the need to pay our respects to these women — one of them even a child at the time her death? What does the reader gain from recognizing their accomplishments after their passing, bringing them back to life?

Although the book is called Almost Famous Women, what’s most important about giving these women new life on the page is not so much to imbue them with the celebrity they never achieved in their lifetimes, but rather to celebrate the fact that they even existed at all.

It’s a well-known fact — and one that has already been written about at length by the likes of such singular minds as Virginia Woolf — that women often get erased from history. We know them as mothers and wives, and in this role they have been excluded from the records of history’s greatest events. As Woolf pointed out in A Room of One’s Own, fictional women from the classics of antiquity, to Shakespeare, to Victorian literature, have been strong-willed personalities, clever and endowed with the qualities of a leader, often surpassing their male counterparts. In reality, of course, only recently have women been given the opportunity to make their marks on the world as government leaders, respected artists, or best-selling authors, instead of being relegated to the edges of history — the rooms that are deemed too domestic to be worthy of history books, like broom closets, nurseries, and bed chambers.

Given all that, it’s interesting then that Bergman chose to fictionalize these very real women. The vehicle of historical fiction gave her freedom to access their interiority, to imagine their unrecorded thoughts and fears and desires, and reawaken their consciousness. That's an admirable feat, as it extends beyond the limits of biography, which is sometimes hindered by strict adherence to facts. But there are some pitfalls in this approach, too. Through fiction, these women didn’t get to exist as they really were.

It's a just and good impulse to remind a complacent, misogynist society that these women, though deemed undesirable on some level by the times in which they lived, were human beings, too — bitter, angry, consumed by grief, struggling to maintain the memory of their former days of glory — and therefore deserving of the same emotional complexity given to their male counterparts. But how well does it serve women who cannot speak for themselves? After all, the women that Bergman is writing about are not fictional characters. They really did exist.

Is the reader learning anything new about these almost famous women from Bergman’s re-imagination? Or is her point more to acknowledge that they were alive at all? I’d like to think it’s the latter. If the reader is not gaining any new insight into their lives, anything that they couldn’t have gleaned from a biography (such accounts of Romaine Brooks and Dolly Wilde have been published, among a few others that appear in this book, but the dearth of options is slim), they are at least learning that these women occupied space on the planet at one point. She is coming to understand that they affected the time in which they lived if only for a moment, and that their dismissal from the public consciousness that once admired them is the result of a cruel selective memory on the part of a society that just recently began to value a woman’s ability to function as more than a mother and a housewife (although in that regard we continue to struggle).

Perhaps, though, Bergman’s fictional accounts are teaching the reader something about these women. Maybe she is teaching us that they are representative of all women who are struggling to find our place in a world that tells us that all the worthwhile places are already taken by men. Although the author is putting words in their mouths, their struggles are universal, owned by any woman who feels she has been overlooked just because of her sex. The interior monologues, the private thoughts of these women that Bergman has created, are taken from the lives of women living even now, engaged in the same fight as her characters, and hoping for more success. She may have made up these scenarios, but they are no less true to the experiences of women in our age, women who, like the characters in this book, fear being left behind by history.

We are lucky then, that writers like Bergman exist — one of the keepers of the collective spirits of women who deserve the spotlight and have at last been given it.