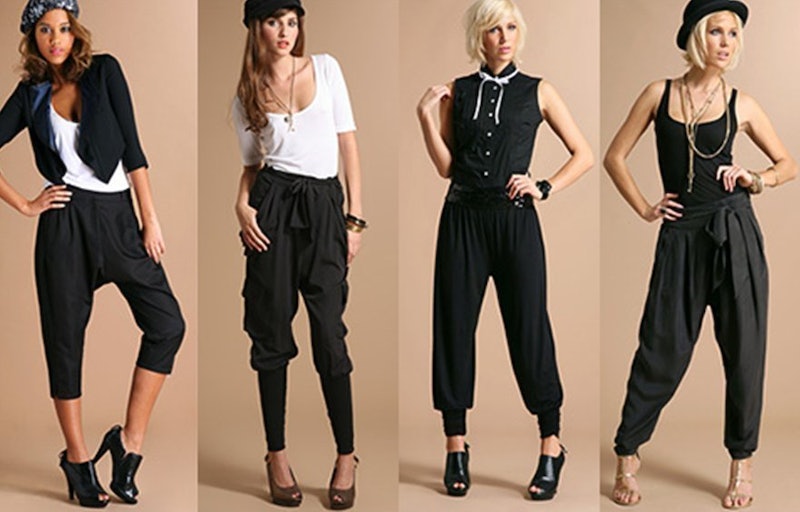 Let’s be real; I’m no fashion guru. I thoroughly enjoy playing with my personal style — dressing myself up, glamming myself down — but if I were to say that I’m up on the latest trends, I’d be lying to you. Flat-out FOS. Because SPOILER ALERT: I’m not. And, yeah, tbh, I don’t quite care to be. So you really shouldn’t listen to me at all, I have no idea what I’m talking about, I should just shut up now, right? Well . . . no, actually. Not so fast. Like most things in life, the fashion world is not that simple. And deciphering the idea of a "trend" definitely proves as much.

A few weeks back, my editor asked me if I’d be interested in writing a listicle or creating a slideshow to present my version of the 2014 “Trends to Retire.” My immediate response was, “Sure!” but then, just as quickly, “Um . . . what exactly are the trends of 2014?”

Needless to say, I didn’t end up writing that particular article. The reason for which was actually unrelated to my lack of fashion knowledge, but that’s not what’s important. What’s important is that the prospect of it got me thinking. It got me thinking about how I don’t quite feel comfortable telling people what parts of their beloved wardrobes should be sentenced to a life of auxiliary raffles and back-to-back episodes of Gunsmoke . Who am I to say what another should and should not wear? Some big-haired chick who doesn’t know Vera Bradley from Vera Wang?

(Though I do admit to having made that mistake at least once.)

Really, though. Who am I? I, sir, am a firm believer of Wear What Suits You; wear what you like, what you love, what you feel good in. Wear whatever the heck you want.

That said, I’m not going to pretend that I personally like harem — or, as I so fondly call them, “hot pocket” — pants. Just looking at them makes my inner thighs sweat, and, no, not in a good way. Because you know how awful it is to wear jeans that are even slightly too big in the crotch area? Yeah, I imagine these are a lot like that-times-on purpose. But maybe some people don't mind the heat. Maybe some people would kill to die in harem pants. Either way, we have to face the facts: Those people can really rock them.

Like the girls in that cover photo up there. Badasses, the lot. I’m trying not to be jealous.

Crop tops are another thing I’ve heard “should go” — but why? Is it the nostalgia that bothers you? I mean, in case you missed them, the 90s were a pretty good time. Throw me back whenever you like.

Thus began my list of 2014 “Trends to Retire” that I didn’t actually believe had to/should be retired. Among the supposed “offenders” were pajama-styled pants (a milder version of the “harem”), relaxed and distressed jeans (because saying something is both relaxed and distressed doesn’t even make sense), coats that look disturbingly like bathrobes (“Are you, I mean, OK?”), sweater dresses (so fourth grade), wearing dresses over pants (so third grade!), fur-lined sandals (though I’d never actually seen them on a human until Kim Kardashian wore rabbit fur heels to dinner with Kanye last week), and wedge sneakers (which, I’ll admit, have no redeeming qualities, apart from being a rather overt callback to Sketchers).

All of this I typed up quickly, after an embarrassingly frantic internet search for 2014 fashion trends yielded only vague, ad-riddled results. But then I was like, “WHY YOU GOTTA BE SO MEAN?” and, “Harem pants have been around way longer than a year.”

Except, wait. Wait, wait. All of these things have been around way longer than a year. Torn jeans, wrap coats. Even Kim’s fur-lined sandals! Let us remember that before Ugg boots were “basic,” they were “cool,” and that before they were “cool,” they were the fugliest things we’d ever seen in our lives with only slight hyperbole. While they were “cool”, though, the Ugg brand came out with everything — toe-sweaty sandals included — all of which caught on for those who didn’t surf not only because they were supposedly practical for those who did (the “trend” part of this equation), but also because once you slipped them on, it was reeeeeally hard to justify taking them off. My point being, though, none of these so-called “trends” are new to 2014; they’re just slightly-different versions of everything we’ve seen before — everything that, as far as I’ve observed, never really went away to begin with.

And so taking all of this into account, I was left to question: What even is a trend?

A quick google search reveals the word “trend” as having three current definitions. 1: A general direction in which something is developed or changing, 2: a fashion, and 3: a topic that is the subject of many posts on a social media website within a short period of time. I would venture to say these definitions have developed chronologically; the etymological root of the word is in the old english trendan, meaning to revolve or rotate, and dates back to the 16th century, having shifted in meaning from "turn in a specified direction" to "assume a general tendency" over the next three hundred years. Urban Dictionary’s definition? “ … any form of behavior that develops among a large population and is collectively followed with enthusiasm for some period, generally as a result of the behavior’s being perceived as novel in some way.”

Sounds about right. But taking out definition #2 (“A fashion,” which, for my purposes, is surprisingly unhelpful — especially since its own definition is “a popular trend”), we’re left with words like “developing,” “changing,” “general,” and “collective” — none of which scream “NEW,” which is a word most closely associated with trends as they are occurring. Noted.

Another source, an article titled “The Brief History of Fashion Trends” — which, girl tryna steal my article seven years before I wrote it — states that “a fashion trend starts with fashion designers [who design] . . . collection[s] based on cues [from] popular culture, celebrities, music, politics, nature, or something else entirely.” The designs are “showcase[d]” and the outcome of the “trend” is based on which styles stick and make it to “mass market[s].” The author then goes on to explain the development of fashion trends from the 1960s to then-present 2008. Throughout this explanation, she mentions “trends” that I recognize as still being in effect today. Knee-high boots (then called “go-go”), “peasant-style clothing” (now called “boho”). Combat boots, Doc Martens, asymmetric hairstyles, tight (“skinny”) jeans, leggings, “the exposed midriff” . . . et cetera, &c. Funny thing is, this author also noted these things as still being in effect as she wrote. She noted something that I know to be true, if only because I thought of it before I knew this article even existed (#stillpissed): “Pop culture is marked by ever-changing nostalgia for fashion trends from decades past, but all of these individual trends seem to coexist.”

Sounds like an oxymoron, and it is, but it’s as true as the deep blue sea.

There’s this thing writing profs like to say that I’m about to paraphrase badly: The more specific you are in your work, the more relatable it will become. I, personally, like to think of it as the science behind all Taylor Swift songs — no, I’ve never been on the couch/in a polaroid/to the hospital with Harry Styles, but that doesn’t mean I haven’t lived every single word of “Out of the Woods.”

Recall when black nail polish was “on trend” — trend as in “worn by Kate Hudson,” not something stereotypically reserved for rock concerts and angsty teens. Now, I’m sure there are still mainstream celebrities who wear black nail polish — it’s just not what the media is bringing to our attention. The media is bringing us red. But haven’t red nails always been the thing? I grew up seeing them! I’ve never not seen them. So isn’t this just a question of individual preference, individual style? Isn’t it that the media is “turn[ing our eyes] in a specified direction,” and thus the public seems to have “assumed [the] general tendency” of wearing red nail polish — when, really, it’s something we’ve been doing all along?

It’s like when you buy a green car and you think nobody has a green car but then you take it home and realize EVERYBODY HAS A GREEN CAR. The more you point something out, the more people are going to see it.

I don't have the answers to these questions. But I do know that when I see something I like, I go for it. I don’t think, “Hey, I’m going to wear this because everyone’s wearing it,” I think, “Hey. I’m going to wear this because it looks pretty/cool/hot/[insert desired adjective here].” At least, I think I think that. I hope I do, just as I hope fashion magazines are saying, “Hey, look how you can wear this,” rather than, “Hey. Wear this, and when you do, know that it’s because we told you to.”

So for those of you “following” trends, or worrying about trends, or purposefully hating on trends, let’s all just take a step back, and breathe. Because it could be that maybe, just maybe, everyone really does have his or her own style, that “one’s own style” really can match another’s, that we do, sometimes, genuinely like the same things — that that, right there, is in direct line with human history revealing that yes, we’re all different, but we’re really all the same you know, and if there’s one thing that literature has taught us it’s that a friend is a single soul dwelling in two bodies and — whoa. Shit just got real.

Am I delerious? Maybe. Am I prone to conspiracy theories? Yes. But here’s one thing I know: My favorite sweater five years ago is still my favorite sweater now. It’s olive green and it’s missing a button and it's older than I am, but I get complimented every time I wear it. And, no, I don't think it's because worn-out earth tones are trending right now (are they, even?). I think it’s because it’s a really great sweater.

More like this
The Queen Will Likely Be Buried With These Special Jewels
By Darshita Goyal
Prefer Alcohol-Free Perfumes? Water-Based Fragrances Are On The Rise
By Audrey Noble
12 Absolutely Angelic Cherub Tattoo Designs
By Paris Giles
The Body Shop’s New Range Has More Antioxidants Than Retinol
By Justine Knight
Get Even More From Bustle — Sign Up For The Newsletter