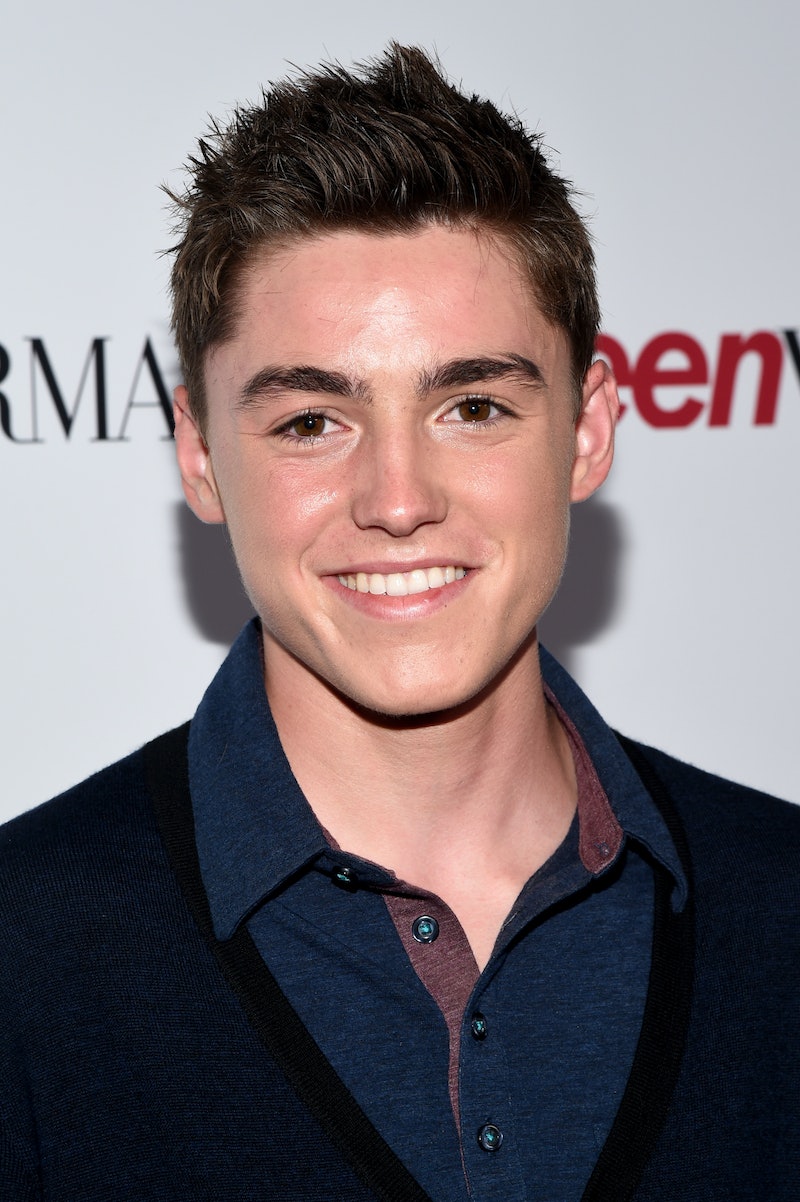 Lifetime's latest TV movie, A Wife's Nightmare, looks perfect for some mindless holiday binge viewing. You've got the "ideal" familym the corrupting influence (in this case, a long-lost daughter who suddenly resurfaces), and the slightly creepy mystery (is she really who she says she is?). All the elements are there for an evening of cheesy movie magic — just add wine! If that plot doesn't thrill you, the film also has a pretty decent cast, especially lead actress Jennifer Beals. Beals' on-screen son, AJ, is played by up-and-coming teen actor Spencer List, who's transitioning to more adult roles. If you haven't heard of Spencer List before A Wife's Nightmare , you will soon. This kid has some very exciting projects lined up.

Though he's just 16 years old, List has been a working actor for over a decade. He started out in commercials alongside his twin sister Peyton (who's now a regular on Disney Channel's Jessie). The List family basically hit the jackpot when it comes to talented kids — their little brother Phoenix is an actor as well. Now that he's grown up a bit, List will appear in several buzzy films over the next few years.

Here's the trailer for A Wife's Nightmare, which debuts on Dec. 27.

Where else can you catch List? Let's take a look at his past projects, and where you can find him in the future.

An indie drama about a young boy coming of age in New York in the 1980s, Night Has Settled was one of four films starring List to come out in 2014. This kid is working hard! The film didn't get a big theatrical release, but it did well on the festival circuit, and it's probably the best-reviewed movie List has worked on so far. It also stars the wonderful actress Adriana Barraza (you might recognize her as the kindly coffee shop owner in Thor, and she earned an Oscar nom for Babel in 2007). If Night Has Settled is anything to go by, List definitely has the chops to work in higher profile projects.

Black Dog, Red Dog is a project that James Franco started when he was studying at NYU. Because he's James Franco, his low-budget student film doesn't exactly feature struggling actors hoping to get noticed. Instead, Franco cast Olivia Wilde, Whoopi Goldberg, and other big names in the movie, which is composed of a series of vignettes. We don't know much about List's part in Black Dog, Red Dog, but hopefully the film will get a release date soon.

Another indie with big potential is Hard Sell, which is currently in post production. The film is about a high school student, Hardy, who finds an unusual way to make some cash when he finds out he has to pay for his beloved dog's operation: he becomes a pimp for his new friend, Bo (Katrina Bowden, aka Cerie from 30 Rock). List plays a student at Hardy's elite high school.

Clearly, List is working his way out of "child actor" status and into mainstream success. It shouldn't be too long before he's headlining movies all on his own.