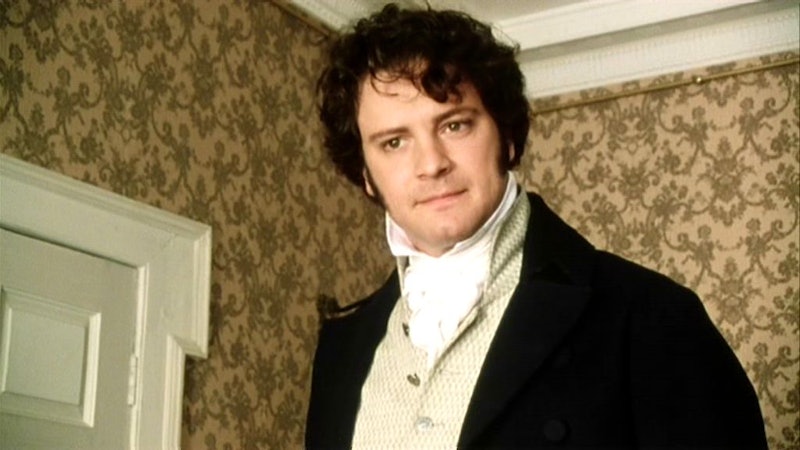 It is a truth universally acknowledged that Jane Austen did not write enough books. With only six novels published before her death in 1817, Austen left readers wanting more of her characteristic wit, humor, and finely-drawn love stories. Light on description and laden with wonderful dialogue, Austen’s books lend themselves easily to film adaptation, giving us a collection of excellent Austen-themed movies and—perhaps the greatest gift of all—Mr. Darcy in his wet shirt. But how many times can one read Pride and Prejudice before wanting a bit of a change? How many times can one watch Clueless (an adaptation of Emma) before it starts to get old? (The answer to that one is “As if!”; Clueless never gets old.) Most Austen fans are content to compulsively reread her novels and watch film adaptations over and over, but we all crave a bit of variety sometimes.

Here are six films and miniseries that should appeal to fans of Austen, adapted from novels and real events of the nineteenth century. As with Austen’s works, these movies are romantic, smart, and often funny. Beautifully filmed, they make the nineteenth century much more attractive than it probably actually was. Needless to say, the books from which these films are adapted are highly recommended as well!

Before he was the bearded king of the dwarves in the Hobbit movies, Richard Armitage played the very attractive male lead of the BBC’s North and South. Adapted from Elizabeth Gaskell’s 1855 industrial novel, North and South is, essentially, Pride and Prejudice—in a Factory! Daniela Denby-Ashe and Armitage play Margaret Hale and John Thornton, respectively. She’s an upper-class Southerner forced to move to the industrial North; he’s a rough-around-the-edges Mill owner. At first they clash, but eventually their chemistry cannot be denied. Set against the social conflicts of the Industrial Revolution, North and South combines an engrossing romance with a deeper consideration of social inequality.

And did I mention that Richard Armitage is super hot in this movie?

This 1985 Merchant Ivory film stars Helena Bonham Carter, Julian Sands, Maggie Smith, and Daniel Day-Lewis in an adaptation of E.M. Forster’s 1908 novel about English people abroad. The film follows the journey of young Lucy Honeychurch as she travels in Italy, struggles to find her own identity, and kisses someone she’s not supposed to. Ultimately, she must choose between propriety and love. This movie is romantic in every sense of the word: passionate embraces, the lush Italian countryside, opera swelling in the background at key moments.

Also, Julian Sands is really attractive in this movie. (Are you noticing a trend here?)

Stream A Room with a View here.

This 1999 comedy adapts Oscar Wilde’s 1895 comedy of the same name. Starring Cate Blanchett, Jeremy Northam, Rupert Everett, and Minnie Driver, this movie has charm in droves. Brimming with the witty one-liners for which Wilde is famous (“To love oneself is the beginning of a life-long romance”), An Ideal Husband’s ample humor works in concert with the play’s more serious questions: Can we escape our past sins? How do we love people despite their flaws?

This 2005 BBC adaptation of Charles Dickens’ Bleak House (1853) is a perfect miniseries to sink your teeth into over the holidays. Spanning 15 episodes, the series features a large, colorful cast and intricate plot line, and offers a bit of everything: romance, comedy, mystery, social commentary, and some melodrama for good measure. Gillian Anderson is captivating as the cold, mysterious Lady Dedlock.

This choice may be controversial—there are many adaptations of Jane Eyre out there, and they all have their flaws (I think that Jane Eyre is inherently difficult to adapt, but that is a topic for another post). However, this adaptation is my favorite, despite some of the downright silly alterations it makes to the novel’s plot. I like it for two reasons: First, Ruth Wilson is fantastic as Jane, hitting just the right balance of vulnerable and feisty. Second, in this version, Jane and Mr. Rochester (played by Toby Stephens) have really good chemistry; in short, they are sexy together. As a viewer, I want them to make out and be happy, in spite of all the reasons they shouldn’t.

Also, Toby Stephens is quite nice to look at in this movie. (One could argue that his attractiveness is problematic because Mr. Rochester is supposed to be ugly, but, frankly, I don’t care.)

Ok, so this movie is not exactly a comedy. This 2009 film, directed by Jane Campion, portrays the romantic relationship between poet John Keats and Fanny Brawne. If you know anything about Romantic poetry, you know that Keats never got a “happily ever after.” I highly recommend this film all the same. It is visually stunning, the script is romantic, and the acting is excellent, with Abbie Cornish, in particular, lending a real complexity and depth to Fanny Brawne. And the best part might just be the closing credits, when Ben Wishaw reads Keats’ haunting “Ode to a Nightingale.”

Was it a vision, or a waking dream?

Fled is that music: — do i wake or sleep?