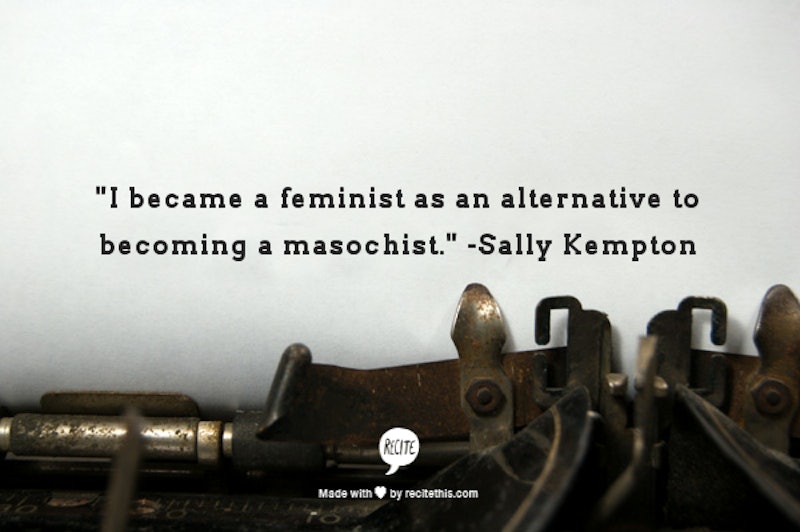 It's been quite a year for feminists. And if we learned anything from 2014, 2015 is shaping up to serve as the ideal perennial platform for feminist-focused New Year's resolutions. But before we jump into all the ways we'll work to improve our 2015 collective conscience, let's take a minute to celebrate the feminist milestones of this last year.

In 2014, we watched as Beyonce illuminated feminist pride via giant glowing screen during her iconic VMA performance. We listened as Time magazine publicly apologized for executing a poll that included "feminist" as one of seven words to ban from our vocabulary in 2015. Featured right alongside such pop cultural bubblegum as "basic" and "bae," the masses responded with a very appropriate, "I can't even."

We empathized as Roxane Gay embraced her identity as a Bad Feminist in her candid essay collection where she openly tackles race, rape culture, societal power structures, politics, media, and history while gracefully admitting her imperfections as a human being — and the fact that she likes the color pink. We successfully called out unwanted street harassment thanks to Shoshana Roberts' 10-hour viral video and Elana Adler's You Are My Duchess needlepoint art series.

And as the year came to a close, Bustle and Microsoft celebrated the first-ever Upstart Awards honoring 13 extraordinary young women who are making waves in art, film, science, fashion, technology, and social justice.

Yes indeed Bustlers, 2014's cultural zeitgeist was that of progress. But let's not kid ourselves. This is no time to rest on our laurels, so let's work to make feminism more sustainable and shoulder this equality-minded momentum straight into 2015. As much as we'd like to make Beyonce-sized affirmations of female power, I rest easy knowing the granular assertions can be just as powerful. So as celebrities, media outlets, and award winning authors continue to influence the feminist movement on a large scale, we too can steer the current of social progress with these five daily feminist resolutions for the New Year.

Resolution 1: Compliment other women as much as possible

More often than not, compliments I receive coming from other females mean the most. When it comes to issues of women's health, reproductive rights, politics, and income inequality, I think we can all agree that us ladies have enough to worry about as is, leaving no time for petty female competition. If you think the woman sitting next to you on the bus is beautiful, tell her. It will mean the world to her and she'll probably pay that compliment forward.

Resolution 2: Genuinely accept compliments from other women as much as possible

Women tend to be unnecessarily hard on themselves — myself included. If she tells you you're the Amy Poehler of her life, believe her. And when she tells you she digs your effortless style, believe that, too. It's not a backhanded compliment. It's genuine appreciation. And you'll probably pay that compliment forward (see: resolution 1).

Resolution 3: Make an effort to seek out women's creative and cultural products. And when you find them and like them, support them. 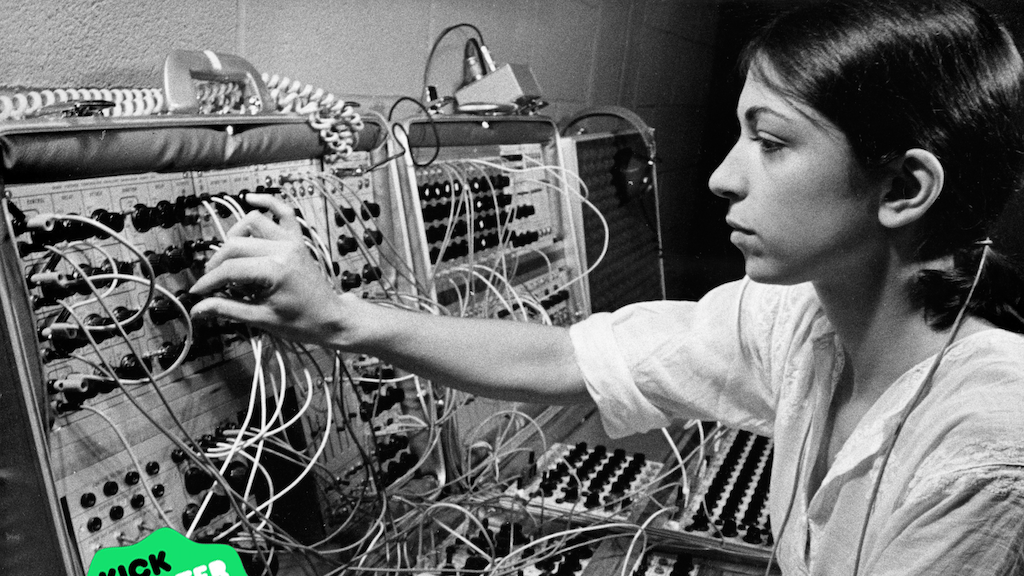 In the words of XOJane author Pamela Clark, "Whatever your interests are — French cinema, astrophysics, baseball, birdwatching — ensure that women’s voices and women’s cultural products are represented in what you are consuming. If they are not, make an effort to seek them out."

Did you catch wind of a friend's documentary depicting the life and innovations of feminist electronic music pioneer and trailblazer Suzanne Ciani? And did you like it? Then why not throw a little support toward that kickstarter? Women can only be empowered if we make conscious decisions to empower them.

Resolution 4: Make concerted efforts to be a healthy woman — whatever that means to you.

And yes, this may mean exercise more, but it may not. It may mean flossing every night. It may mean broadening your musical and literary horizons. It may mean consulting a therapist to overcome depression. It doesn't matter what you're doing to better yourself, because in the (paraphrased) words of Carol Dweck, what matters most is your ability to keep your eyes open, face your issues, and make wholehearted commitments to the things you value. Full stop.

Some feminists are more outspoken than others, and the more outspoken, the greater your target grows, often inviting a flood of unwanted criticism. You may pride yourself on your learned ability to communicate your feminist message while maintaining respect for your audience, but understand that your high standards do not always apply to all parties involved. Even if you don't offend you will inevitably be offended. And that's OK because you have the power to forgive while maintaining your own high standards. Perhaps that's the true crux of being a feminist — owning the resolve to lead by example. That's power.

More like this
Why You're Seeing Green Bandanas At Abortion Rights Protests
By Lexi Inks
For These Abortion Clinic Volunteers, Going TikTok Viral Is A Risk Worth Taking
By Audra Heinrichs
American Girl Doll Memes Are Going Viral On Instagram & Tiktok
By Emma Carey
This TikTok Trend Wants You To Be Nicer To Your Inner Child
By Courtney Young
Get Even More From Bustle — Sign Up For The Newsletter