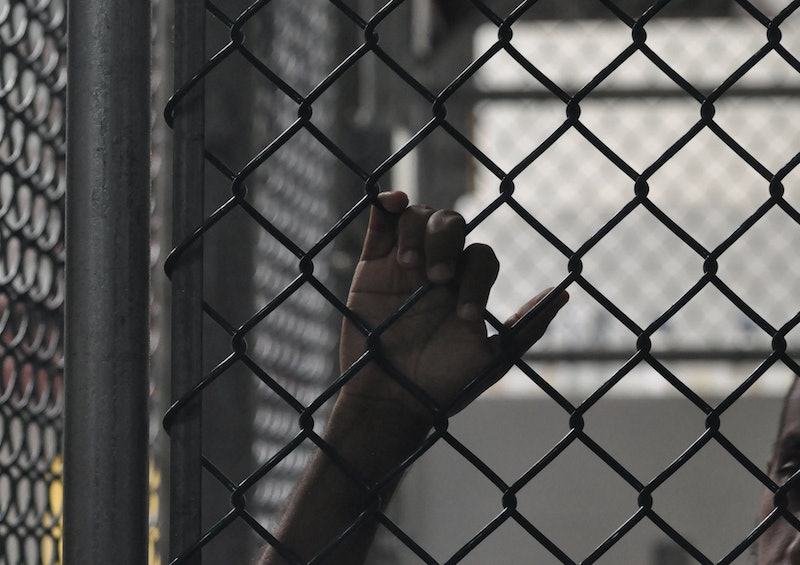 The U.S. military announced Monday that it will stop releasing daily figures on how many inmates at Guantanamo Bay are hunger striking (and being force-fed). The government's logic? The number of striking inmates has stayed the same for a couple of weeks now, it probably won’t change any time soon.

"Since 2007, there has been a small number of detainees who have chosen to hunger strike long-term with occasional increases and decreases," a military spokesman in Guantanamo wrote in an email to reporters. "Following July 10, 2013, the number of hunger strikers has dropped significantly, and we believe today's numbers represent those who wish to continue to strike. As always, our medical professionals will continue to monitor and evaluate the detainees while providing them with the appropriate level of care."

Inmates began hunger striking en masse last February to protest, well, everything — their indefinite detainment, the multiple alleged abuses by guards (including things like confiscating legal documents and desecrating the Koran as well as sexual and physical abuse), the fact that more than half of them have been cleared for release already but remain imprisoned, and so on. At its peak, more than 100 of the facility’s 164 inmates were on hunger strike.

After initially denying that the strike even existed, officials soon launched an effort to quash it. They put the striking prisoners in solitary confinement and started force-feeding them (a practice that, it bears mentioning, is considered torture by the United Nations Commission on Human Rights and banned by the World Medical Association). The number of striking inmates steadily fell, reaching 19 two weeks ago remaining static ever since.

The military said that it will respond to individual inquiries as to the number of striking inmates, but starting today, will no longer send daily updates to reporters.