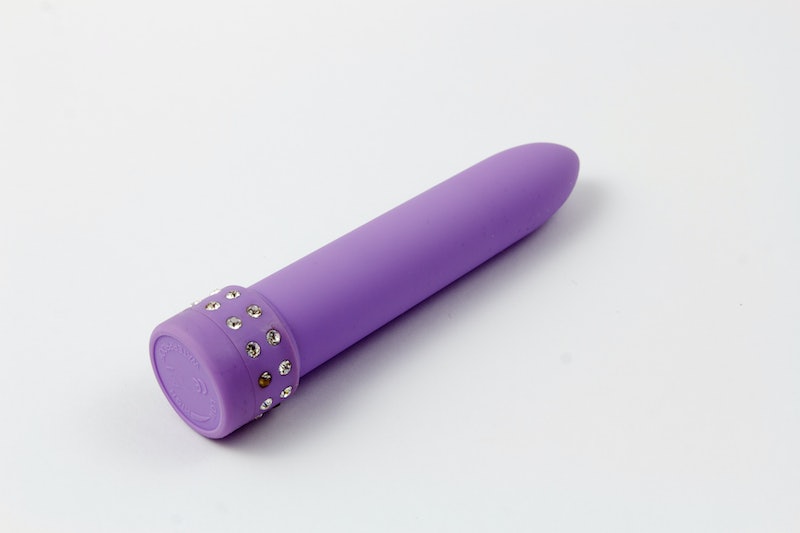 As someone who remembers when cybersex consisted of two people "typing" furiously in an AOL chatroom, I've been avidly following the intersections between sex and technology for half my life. According to The Daily Dot , sex tech in 2014 hit new heights, with a bevy of seductive (and silly) inventions that made headlines, inspiring safer, better (and in some cases weirder) sex. While you could argue that most of us are born with all the equipment we need to lead satisfying sex lives, I'd say that things like STIs, long-distance relationships, the limitations of the human body, and wanting superhuman orgasms are what make sex tech so invaluable.

Sure, some products may end up relegated to the gag gift realm, but others may actually change the face of human sexuality as we know it. Only time will tell, but I for one will do anything I can to make my sex life feel more like Blade Runner. If it's possible to have sex like a replicant (or with a replicant?) I will wholeheartedly embrace the technology that allows me to do so. Or maybe you prefer a Matrix reference? Who wouldn't want their vagina compared to The Matrix? Anyways, here are the reasons why we we all got one step closer to being sexual androids in 2014.

There's nothing particularly high-tech about condoms, but the father-daughter run company Sustain definitely brought rubbers into the 21st century this year. Their eco-friendly condoms are made of natural latex from sustainably grown rubber and are specifically designed for women. Sustain also donates 10 percent of their profits to organizations that support women’s reproductive health, which makes this one of the most ethical condom companies around.

OhMiBod makes it possible to get your lady off without even touching her. No, it's not through bending the space time continuum, but through a pair of vibrating panties controlled via smartphone. For now, the device has to be in close proximity to the wearer, but soon the company says they will allow you to really go the distance.

Ladies and gentleman, meet the cockring of the future. Described as a FitBit for your johnson, the SexFit fits around the base of the penis and will vibrate for extra stimulation while measuring your thrust-per-minute rate and the calories you’ve burned. All these stats can be tracked through a corresponding smartphone app and presumably compared with your friends for double the fun.

Ah, the Scroguard: probably the funniest, most awkward invention of the yea — with a very admirable goal. As we know, STI's like herpes can be transmitted not just through penetrative contact, but through skin to skin contact. Since a condom isn't enough, the Scroguard is a latex mankini meant to protect your precious genital skin from touching your partner's. Combine with a condom for a creepy yet incredibly safe sex experience.

Lightyears ahead of old-fashioned analog vaginal weight lifting, the Elvie is basically a digital kegels tracker. You pop it in, and it takes you through five minute exercises where it measures how much you’re clenching and releasing your pelvic floor muscles. You can even track your progress and compare with your male friends' SexFit results!

More like this
Poshmark Vs. Depop: How The Reselling Apps Compare
By Emma Carey
15 Years Of The iPhone, In Pictures
By Emma Carey
How to Delete (or Pause) Your Hinge Account
By Emma Carey
How To Protect Your Digital Privacy If You Need An Abortion Post-Roe
By Kaitlyn Wylde
Get Even More From Bustle — Sign Up For The Newsletter