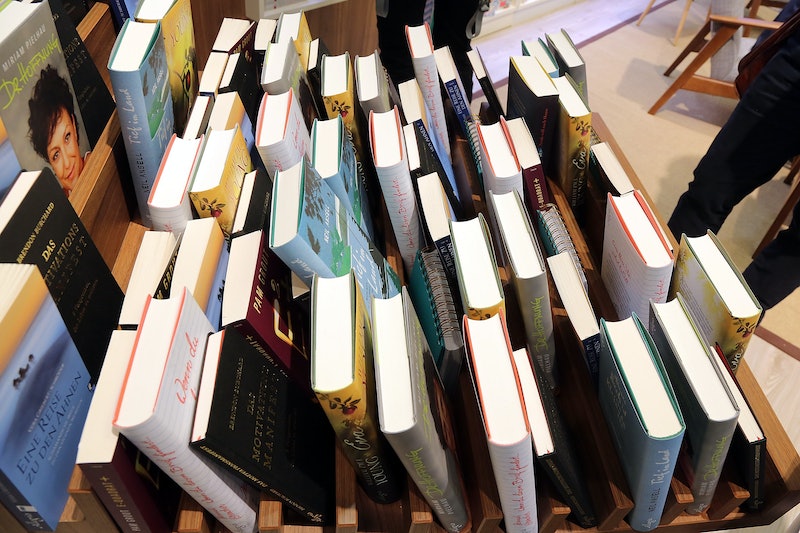 Social media affects absolutely everything nowadays, and books are no exception. So although traditional bestseller lists are and will remain important, the list of the 10 most popular books on Twitter in 2014, which was first published on Quartz, is also worth checking out. And the award for most tweeted about book goes to... John Green's The Fault in Our Stars. Who knew a book that made the whole world sob would be so incredibly popular?

Although books are often thought of as a solitary activity, thanks to the Internet, literature is becoming more social for those who want it to be. You can follow authors on Twitter, read their blog posts on Tumblr, check out book reviews from book bloggers, and even check out book-focused YouTube channels like Epic Reads. Plus, of course, there's Goodreads, an entire books-focused social media site where people can discuss and review books, create their own bookshelves, keep track of their reading lists, and find fellow book nerds. The social options for book lovers are only expanding.

In other words, it's not just about how many people bought a book anymore — it's also about how much people talked about it.

In light of this, it's not surprising that The Fault in Our Stars would top the most-tweeted list. Not only was its movie adaptation a wildly popular success this summer, but John Green himself has an online presence that probably no author today can top. His and his brother Hank's long-running YouTube channel, vlogbrothers, has more than 2 million subscribers, and he also has large followings on other platforms like Twitter and Tumblr. So really, that the novel would be so talked about this year, despite being published in 2012, makes a ton of sense.

One can assume that Gone Girl by Gillian Flynn, which also made the list and was also published in 2012, got a similar bump due to its movie adaptation this year.

It's also worth noting, however, that being new doesn't seem to be a prerequisite for being tweeted; several classic novels also made the list, including Catcher in the Rye, 1984, and To Kill a Mockingbird. So, no matter what people tell you about ssocial media ruining everything, or what Jonathan Franzen might think about Twitter destroying the book world, the citizens of the Internet seem to sitll have pretty good taste in books.

You can find the full list of Twitter favorites, including how many tweets they amassed, at Quartz.