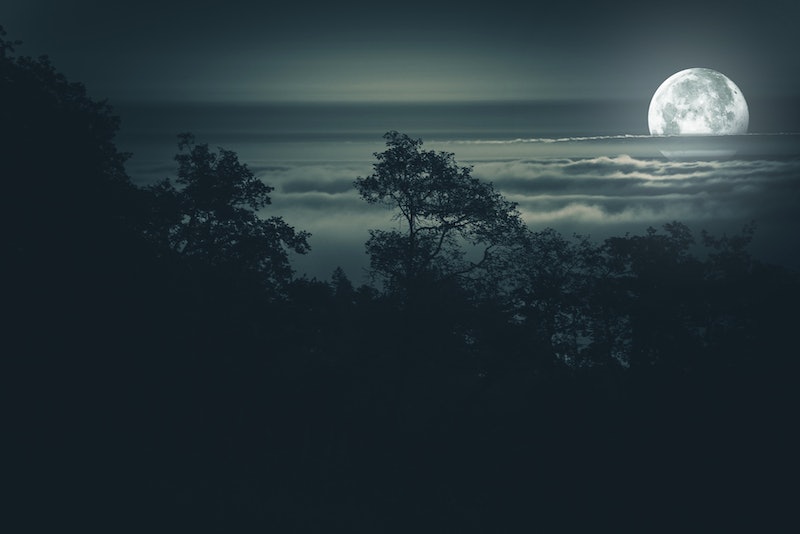 Your final WTF moment to end 2014 has arrived: Last week, Argentine President Cristina Fernandez de Kirchner adopted a guy to prevent him from becoming a werewolf. And now we can move on to a year of weirdness in 2015.

The centuries-old legend caused many problems for seventh sons, who were often killed out of fear that he would turn into what Argentinians refer to as el lobison. When he transformed into el lobison, he would feed on unbaptized babies, excrement, and freshly dead bodies. Not the nighttime activity you want your sons around. As a protection for the children, the president of Argentina would adopt the seventh son of a family as a godson. The tradition was started in 1907 and formalized into law in 1973. The decree has since been expanded to include girls and non-Catholics in the adoptions.

Tawil will be the first Jewish boy adopted under the law. His parents wrote a letter asking the president to adopt their son as a godson in 1993 but were denied. They wrote another letter in 2009 after the law was changed, and Kirchner accepted the proposal. There have been conflicting reports on Tawil's age, but under law he receives a medal and a scholarship until he turns 21. Pretty sweet alternative to becoming a werewolf.

The family met with Kirchner on Dec. 23 and presented her with a menorah. It is unclear who the emancipated werewolf is from the photos Kirchner tweeted.

Yeah, so that is a thing that happened. Cheers to a year of weirdness in 2015, y'all.

More like this
This Creepy TikTok Trend Encourages Out-Of-Body Experiences
By Kaitlyn Wylde
What Is The Forest Personality Test? The TikTok Trend, Explained
By Georgina Lawton
13 Photos Of Princess Charlotte Loving The Commonwealth Games
By Sam Rogers
Meghan Markle Gave An Adorable Lilibet Update
By Alice Broster and Sam Ramsden
Get Even More From Bustle — Sign Up For The Newsletter