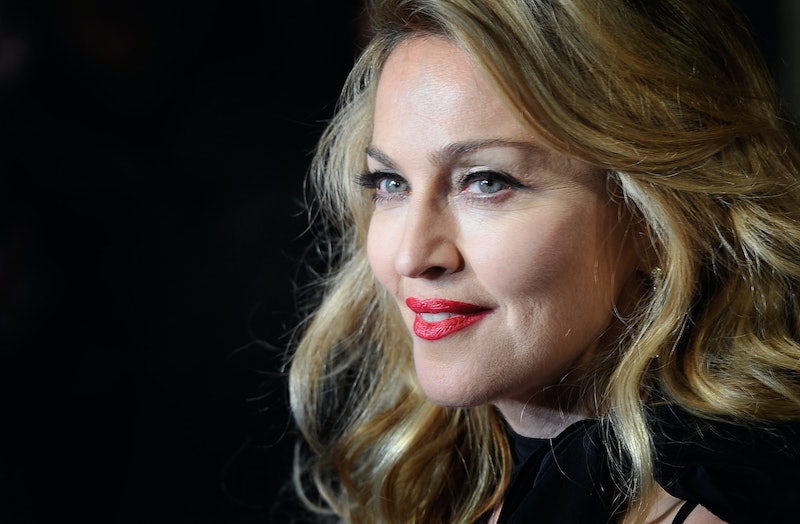 In a fashion world where Photoshop is considered commonplace and accepted; in a magazine industry that reminds us constantly that things are probably not as they appear on glossy pages, edited and altered photos of celebrities are not surprising. So when 56-year-old Madonna appeared as Versace's newest campaign model, more than a few of us probably would have guessed the images were retouched because, hey, what fashion images aren't these days? But, according to Donatella Versace, we'd all be wrong; Versace insists Madonna's body was not Photoshopped or retouched.

Specifically, Versace told an Italian newspaper that Madonna's abs and arms were not altered. Versace didn't mention the famous pop star's face and whether that was altered, but I am suspicious of any fashion advertisement that doesn't include any retouching, so it's safe to say that even if Madonna's arms and abs were left in their natural, rock hard state — that probably wasn't the case for the entire image. This is just how photography in the industry works.

While the image may not be totally unaltered, it's still impressive that Madonna, at almost 60 years old, has abs and arms toned enough to appear in a Versace ad untouched. That isn't to say that Madonna or her body are flawless (no one's is — although hers is amazingly toned, to be fair), but it's refreshing that she was confident enough to leave what she was working with the way it was, without anything trimmed or tucked.

Apparently, the realness of the photos is exactly what Donatella Versace was aiming for.

"You don't have to be only sexy. I want you like I know you: a vulnerable person who is afraid, who suffers from loneliness and yet is strong, determined, and fearless. In these photos, she is," Versace said.