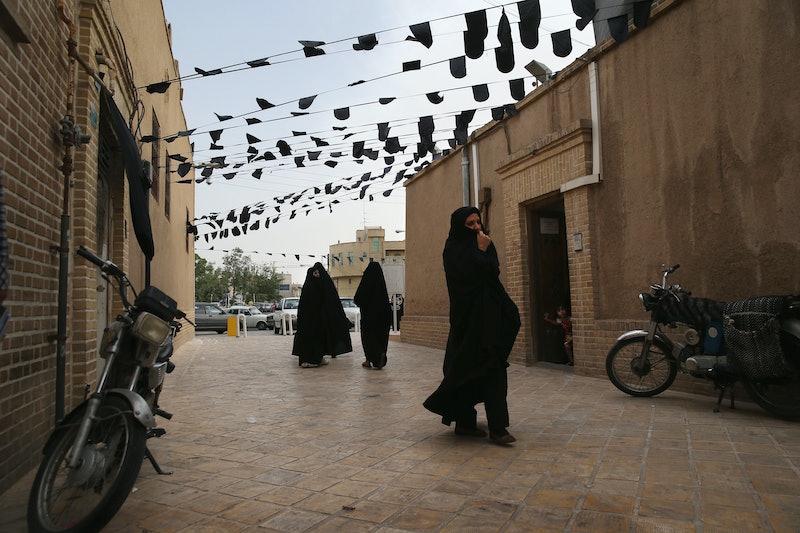 After President Obama's move to normalize relations with Cuba, his next two years could see him attain another foreign policy coup with yet another country with which the U.S. has had long-standing tensions. In an extensive interview with NPR, when asked about the possible of a U.S. embassy in Iran, Obama said "never say never," indicating that he is open to establishing normal relations with a nuclearized country with which that the U.S. has had a complicated history.

In the interview, the president talks about a whole host of issues, including race relations in the country, immigration reform, Obamacare, Cuba, as well as the midterm elections that saw the GOP win a large number of seats to gain majority in Congress, effectively making Obama's job a lot harder once the 114th Congress goes into session on Jan., 6. But those interested in U.S. foreign policy pricked their ears when Obama talked about Iran. His interviewer, Steve Inkeep, asked if there was any scenario under which the president could envision opening a U.S. embassy in the Iranian capital of Tehran, to which he replied, with characteristic caution:

I never say never, but I think these things have to go in steps.

Obama was careful to stress that the two countries, Cuba and Iran, are vastly different, and therefore have distinct differences in the dynamics of their respective relationships with the U.S. Obama reiterated his "failed policy" take on the U.S.' relationship with its tiny neighbor South of the border, compared to Iran, a country with a history of "state sponsored terrorism" and the ability to develop its own nuclear weapons. He told Inkeep:

[T]he question was, should we try something different with a relatively tiny country that doesn't pose any significant threat to us or our allies?

Tehran is a large, sophisticated country that has a track record of state-sponsored terrorism, that we know was attempting to develop a nuclear weapon — or at least the component parts that would be required to develop a nuclear weapon — that has engaged in disruptions to our allies, whose rhetoric is not only explicitly anti-American but also has been incendiary when it comes to its attitude towards the state of Israel.

Traditionally somewhat-strong American-Israeli ties have, in the past year, been shaky, due to — among other issues such as Israel's illegal occupation of the West Bank — the slowly-but-steadily developing relationship between Washington and Tehran. Iran's former President, Mahmoud Ahmadenijad, had repeatedly questioned the Holocaust and called for an end to the Jewish state during his presidency, angering both Western powers and Israel. But since 2013, after Iran elected a new, more progressive president, Hassan Rouhani, the U.S. has made efforts to improve relations with the Middle Eastern country. Israeli Prime Minister Benjamin Netanyahu, however, seems to remain unconvinced that Iran's new, West-friendly attitude is genuine.

In his interview, Obama said that should Iran successfully prove that it has no intentions of developing nuclear weapons, it could serve as a "basis" for improving relations over time. Over the course of his presidency, Obama's seeming reluctance to make bold foreign policy moves have frustrated many lawmakers on both the left and the right. But his announcement on Cuba signalled his preference for pragmatism over ideology, and was a shift from his past indecisiveness in dealing with other countries. Obama's comments on Iran echoed his stance on what he perceived to be more effective foreign policy from Day One:

I was asked very early in my presidential race back in 2007, would I meet with these various rogue regimes? And what I said then remains true: If I thought it advances American interests, yes; I believe in diplomacy, I believe in dialogue, I believe in engagement.

More like this
Why Eurovision 2023's Host City Won’t Be Revealed For A While Yet
By Sam Ramsden and Rachel Mantock
A Political Thriller Inspired By The Munich Massacre Is Coming Soon
By Darshita Goyal
Are John Legend & Kanye West Still Friends? The Singer’s Latest Update Is Candid
By Brad Witter
Diane Warren Apologizes To Beyoncé For Shading The Amount Of Songwriters On “ALIEN SUPERSTAR”
By Jake Viswanath
Get Even More From Bustle — Sign Up For The Newsletter