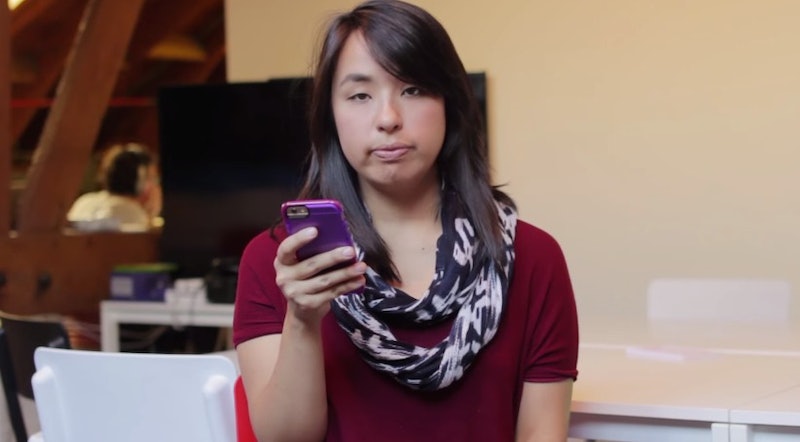 I love when language evolves; for example, it thrills me that emoji is becoming a legitimate and unique form of communication. Recently I had a lively discussion on my Facebook wall about the newer, updated definition of "literally" in the dictionary: it's now also defined as "used for emphasis or strong feeling without being literally true." Pretty awesome that the internet has essentially changed the definition of a word so much that it contradicts itself with both definitions. BuzzFeed's BuzzFeedViolet nails all the phrases that are almost inevitably linked with literally, and for some reason are the most used no matter where you are. I guess these situations just really need that hyperbolic element to truly convey their gravity.

I, too, am guilty of 'literally'-ing literally everything. But maybe guilty is the wrong word here, tbh, because I fully embrace the use of the word in its second, fluid definition. The same way "like" is a common regionalism, "literally" is versatile, universal, and is the perfect way to get across a message of drama and seriousness, especially when talking about drinking. The "literallys" we all know and use like, literally, all the time:

When we're in literally mode, we feel powerful enough to kill for the things we want. As they say in the video, "I would literally kill for some frozen yogurt right now." We know you'd sacrifice a stranger for a good snack.

"I'm so hungover right now, literally every inch of me is dying. I'm never having a drink again." This is usually us on a Saturday morning, bereft and regretful, but then literally all it takes is one nap and then it's time for that drink you said you'd never have.

Just How Tired We Are

Life is really exhausting and there's not enough time to sleep and sometimes we're just tossing and turning and getting progressively angrier until we proclaim "I literally didn't sleep at all last night." Leave us alone, world, you'll never understand how weary we are.

"He's literally the most annoying person I have ever met. I just want to punch him in the face." Even if we're pacifists, and even if we've probably met more annoying people, "literally" is a great tool for talkin' smack.