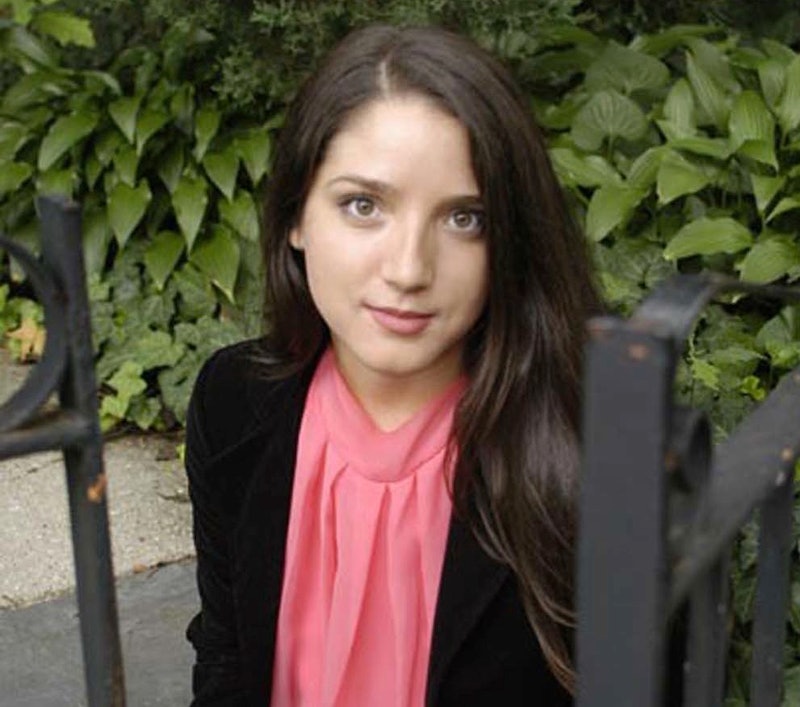 BUSTLE: This is your first novel. I'm curious how you found the experience of writing fiction as opposed to memoir, especially given that your Mother, Mother is told from two perspectives. What were you goals at the start of writing this novel?

KOREN ZAILCKAS: I’ve always liked the idea that the stories we tell each other should disturb the comfortable and comfort the disturbed. And I think that was sort of my goal with Mother.

I wanted to give readers who grew up in cooperative, communicative families an opportunity to feel at least an inkling of the daily confusion and terror experienced by someone with a personality disordered parent. Because it is terrifying. It bends logic. It’s like being in the land of Coraline’s Other Mother; everyone has those buttons over their eyes — either because they’re in denial or because they’re reenacting their own childhood traumas. If Violet seems extra alone, that’s because no one in her family is living in the present with her. They’re just kind of drifting around like sleepwalkers. And you know what happens when you shake a sleepwalker. They get violent. They get angry.

I also wanted to let those readers who have been there know they’re not alone, not to blame. Because if you’re like Violet — if you grow up the family black sheep — you sometimes feel like you can’t trust your own perceptions. After all, your parent has gone your whole life saying you’re bad, or you’re difficult, or they’d love you if only you could just fall in line and give them what they need. But in Violet’s case, the truth is: the Hursts need her to get into trouble because they can take out their deeper seated frustrations on her. Violet’s small rebellions cover over the sicker secrets in the family.

Violet reminded me of the troubled main characters of bildungsroman like The Bell Jar and Girl, Interrupted (the latter which she actually references in the book). Did you draw inspiration from these? If so, how did you think about crafting Violet in order to work within this legacy while making it your own?

Well, I thought it was important to reference books like Girl Interrupted directly. So in the psychiatric ward, when a nurse shines a flashlight in Violet’s face every 15 minutes, she has a Woah-I’ve-become-Susanna-Kaysen moment.

Ignoring those references would have felt really phony to me. Because there’s not a doubt in my mind that Violet’s read all the mental illness books in the teen girl canon: I Never Promised You a Rose Garden; The Yellow Wallpaper; Lisa, Light and Dark. Even the most normal American girl — from the most loving family — gobbles these things up. I certainly did.

Where does their appeal come from? Maybe the fact that coming of age makes you feel a little extra emotional. And at the same time that you’re dealing with this influx of intense feelings, you’ve still got some parents and adults pushing the “be-nice” agenda (see: Rachel Simmons’ Curse of the Good Girl), acting like unhappiness is synonymous with ingratitude, telling you to paste on a smile, and raging in your face if you won’t.

In those cases, telling yourself you’re “crazy” becomes a kind of coping mechanism. If you were to take your feelings seriously, you’d risk losing the adult support in your life. So, instead, you keep your parents, and tell yourself there’s something fundamentally wrong with you. You’re nuts. You’re oversensitive. You feel the wrong things. As someone underage, those ideas feel less risky than accepting the reality that you are utterly dependent on people who can’t meet their own emotional needs, let alone the needs of any kids in their care.

Violet is experiencing a bit of this at the start of Mother Mother, but for her, Fallkill Psychiatric actually becomes a safe place to separate her mother’s illnesses from her own. Being locked up helps clue Violet in to her own sanity. If she can’t survive in her family that’s not because she’s “bad,” it’s because she’s got her eyes open. She’s the only Hurst who isn’t buying the collective delusions. Sometimes the scapegoat is actually the healthiest member of a dysfunctional family.

Your choice to tell this story from two points allows your narrative a breadth and balance it might not have achieved if it were told just from Violet's point of view. What was your motivation for this choice? How early on in the writing process did you choose to write from both Will and Violet's perspective?

I started alternating perspectives really early in the writing process. It just felt right because I wanted to explore the way siblings can be raised by the exact same people and still have entirely different mothers and fathers.

In retrospect, I also think anyone with childhood baggage is left, in adulthood, with a little bit of Will and Violet. There’s the Violet half of you, which has some intellectual understanding about what went on; you get why the adults in your life behaved the way they did. And then there’s the Will half of you, which is still shellshocked and trapped in a state of visceral fear. Where trauma is concerned, your mind is like Violet and your body is like Will. The two are locked in this endless tug of war. There’s tension there. And I hope bringing them together creates the same kind of narrative tension.

How did you conceive the idea for this novel? And how did you develop Josephine, who's such a wonderfully rich character? Did you draw inspiration for this book from real life experience?

Josephine isn’t my mom. And I’ve never experienced the major incidents in Mother Mother. But the book definitely began as a way to deal with real emotions and frustrations in a fictionalized way. Anyone who’s read Fury already knows about my own family and mother issues.

In recent years, I’ve struggled with a lot of post-traumatic anxiety and writing scary stories has been a big help. When you write or read thrillers, you get to be in charge of your fear. Maybe that sounds cheesy, but it’s oddly empowering. You terrify yourself, and you get through it. You find resolution. Naming your fears somehow lessens them.

What were you reading while writing Mother, Mother? Are there any books that influenced how you wrote this story?

But I think Shirley Jackson and Daphne Du Maurier were probably most influential where Mother Mother is concerned. You get a lot of who dunnits these days, but not quite as many suspense novels. I found myself wanting to write something, structurally, that was a little bit like Rebecca. I love that kind of mounting, squirmy sense of unease, followed by a ripper of a denouement. Josephine is obviously the conflict here. That’s no surprise to anyone. But there are deeper issues. This isn’t your mother’s murder-mystery recipe.