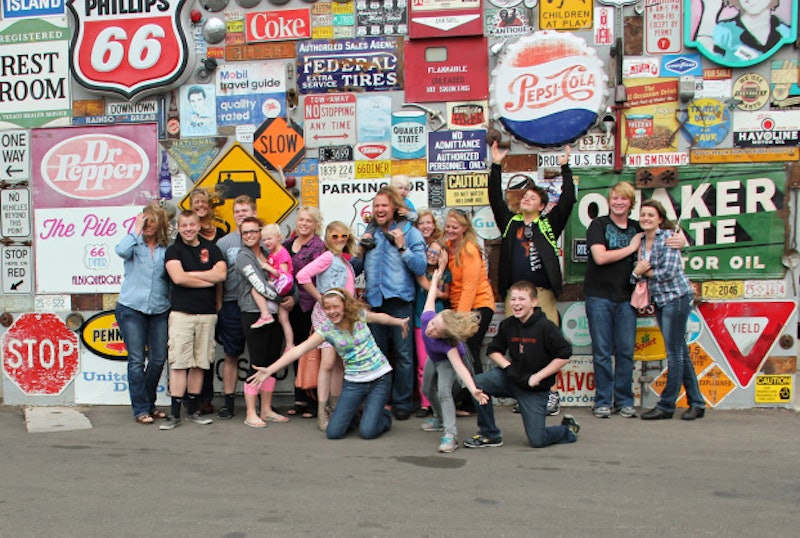 We had just a brief half-season of Sister Wives last June. How much of the TLC reality series are we going to get this year? Sister Wives will return for eight episodes on Jan. 4 with a two-hour midseason premiere. Yes, they split the season, just like Mad Men. We've followed the Browns from Utah to the last place you'd expect fundamentalists to live — Las Vegas. We've watched their oodles of kids grow up and start to depart from the family traditions. We've basically decided that everything about this family is perfect except their patriarch, Kody Brown. I think just the hair is too much, frankly. What can we expect in the eight episodes to come?

Two months is just enough time to check in with the Browns and see what they are up to, in business and in their personal life. If it's anything like the Thanksgiving they had, sign me up. I can't imagine what Christmas is like with that many children. Not only do the previews confirm that their weird jewelry line is still up and running, but big changes appear to be in store for the Sister Wives. Well, sort of.

In a preview for the next batch of episodes, we see Meri making a comment about a woman they met that has both Kody and the three other wives all up in arms that she wants a fifth Sister Wife. It seems a little contrived to me. Definitely watch the clip for the awkward moment where Christine has to confirm that she is thankful for Robyn, though she thinks Meri needs to stop shopping for Kody's wives. Be careful what you say, Christine! Drama alert. While courting a fourth wife made for a good premise with this reality series, I don't think we need to see that process again unless it's truly what the Browns want. If the show is looking for a fresh face, why not focus on the kids? Even if some of the spawn, at the wise old age of 17 and 18, don't see themselves as polygamists, growing up with that lifestyle is still captivating. There are still stories to tell there.

In the preview for the upcoming episodes above, a friend and potential My Sisterwife's Closet business partner flirts with and tries to rattle both Kody and Robyn during their meeting. She also claims to have several wives of her own, self-identifying as a lesbian polygamist. In another preview, the family explains the difference between polygamy and plural marriage. I hope this character becomes a regular on the show! She's funny, bizarre, and has a midwestern liberal attitude that makes for a good foil against Kody and his weird hair. Watching the two of them squirm was pretty entertaining, I have to admit. I just hope this lady's not exaggerating those attributes in hopes of landing a spinoff...